Calgary mortgage rates are typically the lowest in Alberta. Below are the best rates from providers with offices in or near Calgary. For a full listing of rates throughout the province, check out the best rates in Alberta. 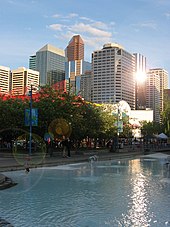 Mortgage Market Overview: Calgary is Alberta’s most competitive mortgage market. It’s biggest local lenders include Alberta Treasury Branch (ATB), Servus Credit Union and Connect First Credit Union (which owns First Calgary Credit Union). Calgary has never been as cutthroat as other major markets in terms of rate competition but the internet may slowly be changing that. In many cases, lending guidelines are tougher in Calgary thanks to cyclical risk from the oil/gas sector and due to the additional risk lenders face because of Alberta’s non-recourse mortgage laws. Given these risk factors, minimum down payments are sometimes higher, and the country’s best rates are often not available on Calgary mortgages.

City in Brief: Calgary is Alberta‘s largest city and the third-largest municipality in Canada. The city is also home to the second largest number of corporate head offices in the country. Every July the city, affectionately known as “Cowtown,” plays host to the popular Calgary Stampede, a massive rodeo and festival that draws tourist from across the country and around the world. Calgary owes its rapid growth to its status as the centre of Canada’s oil industry.

Minimum Down Payment Calgary: $20,650 (based on average home price)