Variable-rate mortgages have outperformed for well over three decades. The best variable rates of all time have had discounts of one percentage point off prime rate. But even at a more modest prime minus 0.50%, they’ve handily beat fixed rates the majority of the time.

The 5-year variable is the most popular floating-rate mortgage in Canada.

Variable rates have a few disadvantages, however:

If you want to guesstimate where 5-year variable rate discounts (to prime rate) are headed short term, keep an eye on Canada’s 3-month T-Bill yield (below). 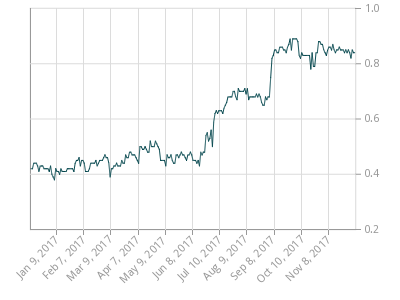 And here is prime rate itself, upon which most variable mortgages are based…