Practically speaking, the 10-year fixed rate is Canada’s longest mortgage. A few lenders have longer terms, but their rates are not economical. People choose 10-year terms because they desire much longer rate and payment certainty than a 5-year fixed.

Ten-year mortgages have a few disadvantages, however:

If you want to guesstimate where 10-year rates are headed short term, keep an eye on Canada’s 10-year government bond yield (below). 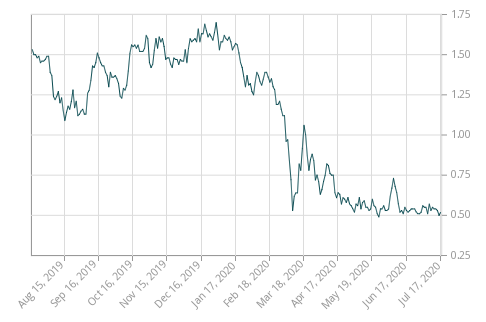