The 7-year fixed rate has traditionally been the ugly stepchild of the mortgage world. It rarely offers enough extra interest rate protection to justify its higher cost (compared to a 5-year term). Nonetheless, a few people do choose 7-year terms because they require more rate certainty than a 5-year fixed, but don’t want to pay the higher 10-year rate.

Seven-year mortgages have a few disadvantages, however:

If you want to guesstimate where 7-year rates are headed short term, keep an eye on Canada’s 7-year government bond yield (below). 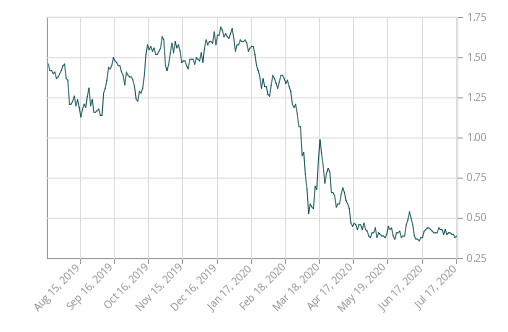