The 1-year fixed rate has one of the shortest commitments of any mortgage term. At times, 1-year rates are the lowest in the market, even lower than floating rates. That makes them a good alternative to a variable, especially if variable-rate discounts are smaller than normal and expected to improve.

One-year mortgages have some disadvantages too:

If you want to guesstimate where 1-year rates are headed short term, keep an eye on Canada’s 1-year treasury bill yield (below). 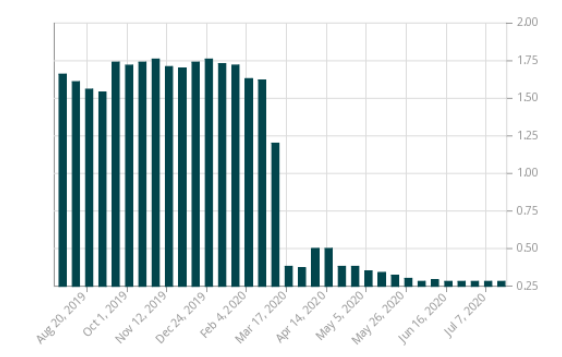