Mortgage rates in Nova Scotia, like the rest of Canada’s Atlantic provinces, can be anywhere from 0.05 to 0.25%-pts. higher on average compared to the country’s most populous—and competitive—province, Ontario. With significantly fewer deals available, lenders and brokers can’t rely on volume to offer rock bottom rates. Here’s a look at the lowest mortgage rates presently available in Nova Scotia, as tracked by the Spy… 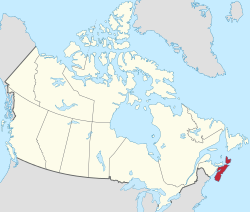 Province in Brief: As the second-smallest province in Canada by land area, Nova Scotia forms one-third of the country’s Maritime provinces and one of four that constitute Atlantic Canada. The province comprises more than 3,800 coastal islands, yet is the second-most-densely populated province. Nova Scotia’s tourism industry revolves heavily around the province’s culture and breathtaking scenery and coastline. Among the most notable sites is the Bay of Fundy, which has the world’s highest tidal range, and Peggy’s Cove, which attracts more than 600,000 visitors each year.