Below are the lowest mortgage rates that RateSpy is tracking for HSBC Bank Canada. Always confirm the exact up-to-date rate and terms directly with the provider itself. 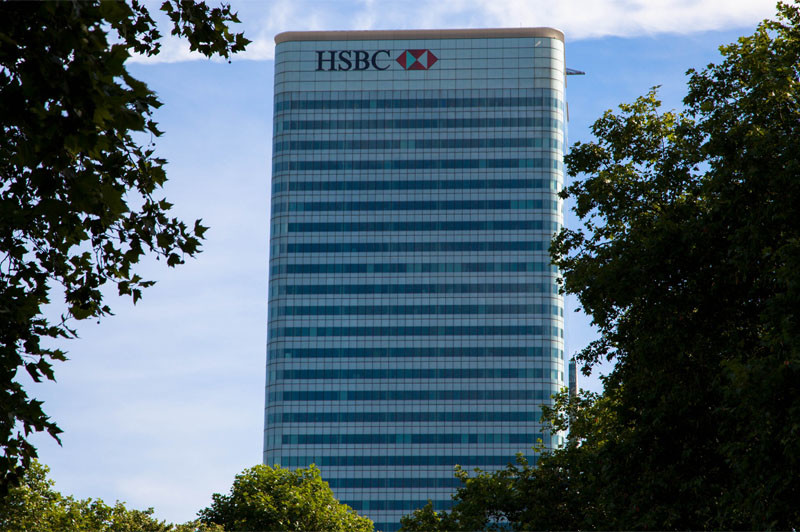 HSBC Bank Canada is a subsidiary of HSBC Holdings plc, the global banking giant with more than 38 million customers worldwide.

The bank is currently the seventh largest in Canada with assets of around $96 billion.

Canada has been identified as a priority market by HSBC, as evidenced by its aggressive mortgage rate offerings. The pricing for its 5-year fixed-term mortgage product has regularly undercut even the lowest discretionary rates from some of the Big 6 banks.

Since mid-2017 HSBC has been aggressively targeting its larger competitors, with its special offers that undercut the Big 6 banks. The bank has moved to an everyday low pricing model that maximizes transparency and savings, in an effort to accumulate customers' non-mortgage assets.

On December 3, 2020, for example, HSBC made history by being the first Canadian lender to advertise a mortgage rate under 1%. That was 89 basis points below the closest advertised Big 6 bank rate at the time. HSBC's 0.99% variable-rate offer was wildly successful, drawing headlines from around the country.

When comparing HSBC competitive advertised rates to the Big 6 banks, remember that the best big bank mortgage rates are usually discretionary rates. In other words, they are unadvertised rates offered to well-qualified customers following some degree of negotiation. HSBC, by comparison, prefers to put its best foot forward without haggling.

HSBC's mortgage products are typical of those available from the other major lenders. These include the most common fixed and variable rates, as well as hybrid mortgages.

HSBC's 5-year fixed mortgage is its most popular term.

Its variable rate is unique in that it's fully open after three years. This is a great feature that helps people avoid prepayment charges if they want to refinance early.

The bank often runs special 5-year rates that are among the lowest for uninsured mortgages in Canada.

Most HSBC mortgage rates come with a 90-day rate hold, as well as 20% lump sum and 20% payment increase prepayment features.

For borrowers who need to consolidate high-interest debt or finance a home reno project, a Home Equity Line of Credit from HSBC can be an easy and convenient solution.

Once approved for an HSBC HELOC, you can access your credit line online, or by writing a check up to your available limit.

Like most HELOCs available from the big banks, homeowners can access up to 80% of the value of their home (but only 65% of the home's value can be in a revolving credit line; the rest must be amortizing). HSBC Premier customers often enjoy a preferential HELOC rate.

How to Get an HSBC Mortgage

HSBC offers its mortgages through branches and its call centre. It does not deal through brokers.

In 2018, the bank launched a new "Mortgage Centre" staffed by mortgage experts with an average of 10 years of mortgage experience, the bank says. Customers can reach these experts online (via RateSpy) or by calling HSBC or walking into a branch.

Unlike other big banks and brokers, HSBC's mortgage advisors are "non-commissioned," says the bank.

Customers submit mortgage documents to the bank online or by going to a branch.

As of this writing, HSBC's mortgage specialists typically only serve new bank customers and not existing homeowners whose mortgages are up for renewal. For existing customers, contract HSBC by phone or visit your closest branch.

HSBC offers a no-cost, no-obligation pre-approval so that you know exactly how much you'll have to spend on your new home. HSBC pre-approvals are good for 90 days but can be easily extended so long as there are no significant changes to your eligibility.

Pre-approvals are good for new purchases, refinances of an existing HSBC mortgage or a refinance from another financial institution.

There are multiple ways to get an HSBC pre-approval. Applications can be started online, over the phone or by meeting in person at and HSBC location.

How to Get the Best HSBC Mortgage Rate

HSBC offers transparent mortgage rates that often undercut its bigger big bank rivals. Having said that, their rates can sometimes be discounted further in the case of an insured mortgage, assuming you have a strong credit profile and good payment history.

As with any lender, be sure to do your research before asking for HSBC's best mortgage rates. Compare the rate you're offered to rates available through other lenders. Just make sure you're comparing apples to apples. In other words, confirm that the rates you're comparing come with the same terms, features and conditions.

Unlike many big banks, HSBC generally makes its best rates available to renewing customers also. It also offers a new "automated renewals" option to speed up the renewal process in branches and online.

When negotiating your HSBC renewal rate, do your comparative rate research and ensure you have a strong credit history and reasonable debt load. If you don't, remaining with HSBC may be your only option (and not a bad option at that).

Start the renewal research process early to leave yourself time to shop around at other lenders. HSBC recommends reaching out to its mortgage specialists about three months ahead of your renewal date.

These are some of the benefits of getting a mortgage with HSBC:

HSBC offers several different mortgage calculators to help you during your mortgage shopping experience. Their calculators let you

What is HSBC's Prime Rate?

HSBC is not part of the Big Six banks, thus its prime rate does not play a role in setting the country's benchmark prime rate.

That said, HSBC's prime rate is generally the same as the Big Six banks. It typically changes when the Bank of Canada's overnight rate is raised or lowered.