Here’s reason #5,369 why we don’t like to predict interest rates: war.

Canada woke up this morning to the leader of Iran’s Revolutionary Guards’ Quds force being incinerated by a U.S. bomb.

Iran’s Supreme Leader promised “severe retaliation” — whatever that means — and just like that, bond yields plunged. It was completely unpredictable. 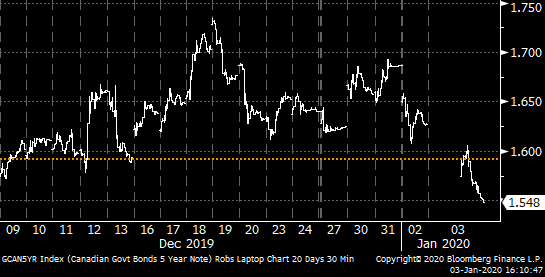 Falling yields, as most readers know, lead to falling fixed mortgage rates. Sometimes, if yields drop far enough, it also presages a drop in variable rates (if the Bank of Canada has to cut rates to ward off economic weakness).

Apart from this “flight to safety,” as trader-types call it, war has another effect. If the government spends billions of dollars on war, it can crowd out spending on things that better grow the economy, like infrastructure.

If GDP growth falls as a result, that too is depressing for mortgage rates—as is monetary policy easing, which may be required to prop up consumer sentiment.

Longer term, however, financing war with deficits can theoretically be bullish for rates. And there’s always the chance that a Middle East crisis could spike oil prices so high that inflation temporarily rockets higher and forces the Bank of Canada to boost interest rates.

Who knows what this new Iranian-U.S. showdown will lead to, but we all know this: President Trump loves showing strength. And it takes very little prodding for him to do so, by force. 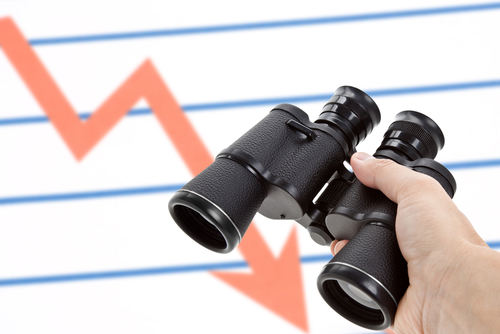 So, if Iran’s Ayatollah is brazen enough (suicidal enough?) to engage the U.S. military, as Bloomberg News puts it, “the U.S. and Iran could be drawn into an armed confrontation that could easily pull in other countries.”

At the very least, this latest geopolitical hazard could weigh on rates for a while. Investors are less likely to sell bonds and push up rates while clouds of uncertainty hover overhead.

The 5-year bond yield will probably have to close above 1.75% for the next round of fixed-rate hikes. We’re now suddenly 20 basis points below that number, and counting.

Long story short: If you were looking for another reason to pick a floating rate for your mortgage, hopefully this isn’t it. But there’s at least a small chance it might be.