Traders have suddenly and drastically altered their expectations of how the Bank of Canada will react to this exploding economic threat.

At the time this is being written, the market is predicting a 68.3% likelihood of a BoC cut next week. It’s fully pricing in a cut by April 15. Source: Bloomberg overnight index swap OIS) pricing. OIS are interest rate derivatives that help investors bet on rate direction.

Out of the blue, the market now expects three rate cuts this year. If that happens, it would bring Canada’s key interest rate (overnight target) down to 1.00%.

That would pull down prime rate and drop rates for existing variable-rate holders.

All of this follows the biggest point losses of all time in many stock indices. The Dow Jones Industrial Average, for example, was down 1191 yesterday. 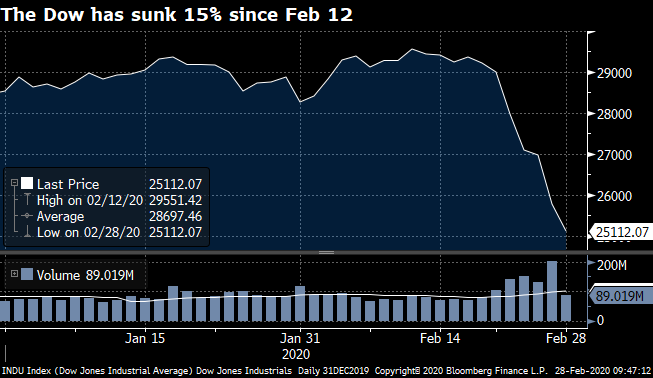 Just as impactful for Canada are plummeting oil prices. Crude (WTI) has sunk below $45 for the first time since the December 2018 mini-crash in oil. 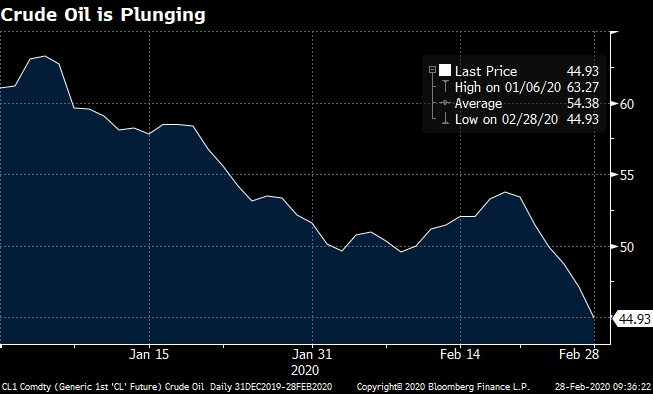 And we can’t forget that the economy was already tentative going into this month. The yield curve (i.e., 10-year yield minus 3-month yield, a reliable recession indicator) has not un-inverted since spring 2019. A potential pandemic is the trigger that some fear could tip Canada finally into recession.

As this is being written, Canada’s 5-year yield has dove to a 2.7-year low, possibly headed to sub-1%—an absolutely stunning collapse.

After the dust settles, lenders will lower fixed rates until and unless risk spreads widen so much that funding costs go the other way (up). We’re not predicting that, but it’s possible depending on how bad the virus impacts credit markets. 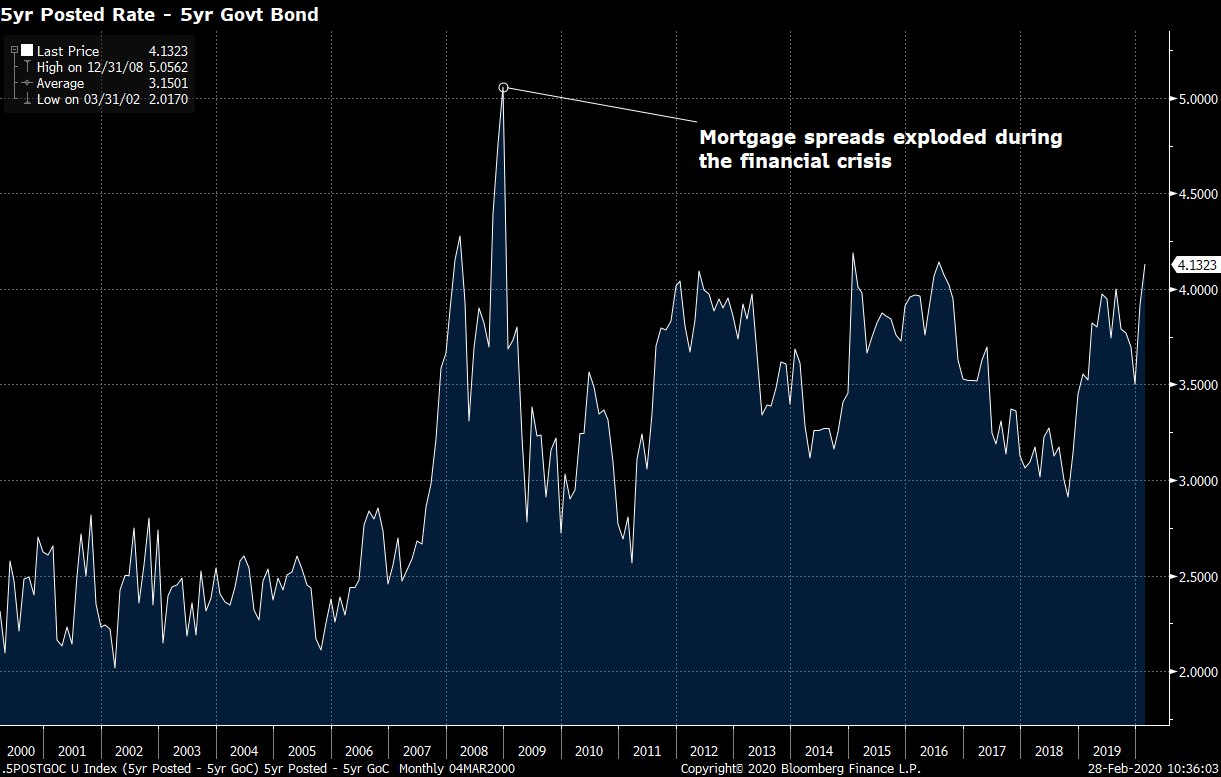 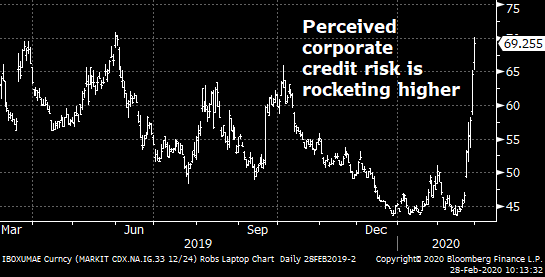 You better believe that banks factor that kind of thing into mortgage rates.

Speaking of which, the spread between the average 5-year bank yield versus the risk-free government 5-year yield is starting to ramp. When that happens (if it’s extreme enough and sustained), variable-rate pricing often suffers. 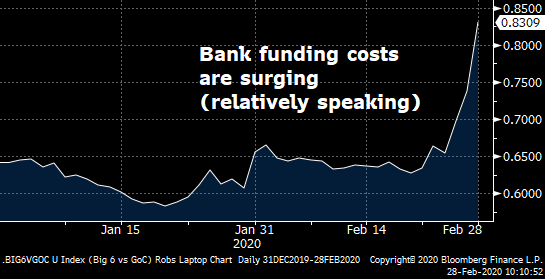 For these reasons, as well as the fact banks make less money as rates plunge and the yield curve inverts, we do not expect banks to lower prime rate to the same extent that the BoC lowers the overnight rate.

All of this market panic may be overdone. Or not. All we can say for now is that the 2020 virus scare is bearish for mortgage rates for the foreseeable future unless worse comes to worse and credit risk spikes. Those who remember the credit crisis of 2008-2009 know it can. For now, keep watching the number of U.S. coronavirus cases and hope it doesn’t surge.