Love it or hate it, Canada’s controversial mortgage stress test has led to one welcome benefit: bigger mortgage discounts.

That’s due partly to slowing demand for B-20-compliant mortgages—i.e., mortgages that require borrowers to pass the banking regulator’s “stress test,” which was adopted in January.

In its latest Senior Loan Officer survey, the Bank of Canada writes, “Mortgage approval rates continued to decline as a result of recent changes to underwriting standards (Guideline B-20) affecting low-ratio mortgages…”

The effect is compounded by “regulations implemented near the end of 2016 affecting high-ratio mortgages,” said the BoC.

The Bank adds, “To compete for the remaining pool of qualifying borrowers, lenders eased price conditions for both high- and low-ratio mortgages.”

This chart below shows how lenders have increasingly lost confidence in their ability to maintain mortgage pricing power. 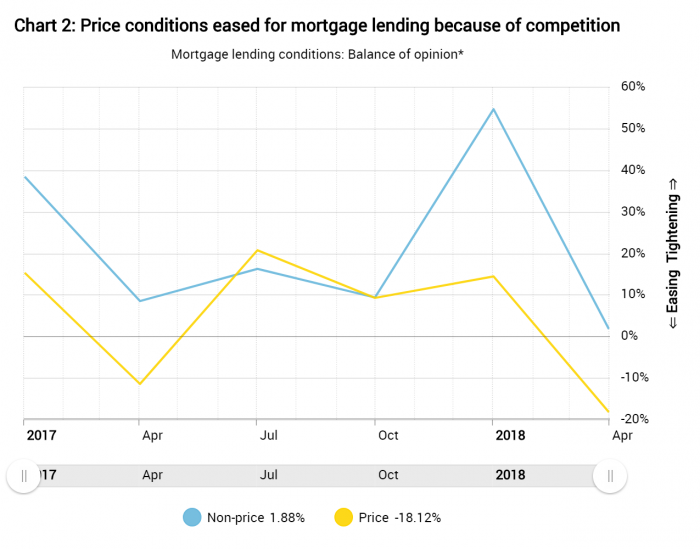 None of this is startling. Anecdotally, most brokers and lenders we’ve talked with lately have cited over a 5% drop in business year-over-year. There are exceptions (e.g., HSBC), but most in the business are scrambling to maintain revenue and/or market share.

That’s Not the Whole Story 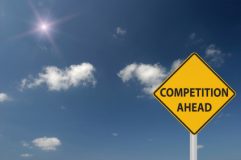 Interestingly, it may actually be the less competitive lenders who are pricing more aggressively. The lenders with the lowest rates are actually enjoying higher spreads than at the start of the year, meaning they’re making more gross profit per deal.

Today’s lowest three nationally available uninsured 5-year fixed rates, for example, are now an average of 96 basis points above Canada’s 5-year swap rate (a proxy for lenders’ base funding costs). At the start of the year the average was only 87 bps above.

One theory behind this phenomenon is that consumers keep getting savvier. They can find the best mortgage rates easier than ever. Lenders who price even 10-20 basis points out of the market are seeing materially less business than they used to, as a result.

That’s a problem (for them) because it’s coupled with lower demand in general. “The recent changes to mortgage rules coupled with rising interest rates have resulted in lower demand for all types of mortgage-related borrowing,” says the Bank. “This trend is expected to continue in the next quarter.”