There’s no industry-wide data on this, but whenever prime rate starts climbing, lenders tell us that at least 1 in 20 variable-rate borrowers lock in (convert) their variable rate to a fixed rate. And a good number of those borrowers are getting one stinky bum biscuit of a rate.

One poor mortgagor I spoke with recently asked his lender to lock in. He was quoted 3.14% on a 5-year fixed.

Meanwhile, brokers and other lenders are as much as 65 bps less for the same term with better features. His lender’s rate offer/insult—had he been drunk enough to accept it—could’ve cost him $5,000+ over three years on his $375,000 mortgage.

How to Get Stiffed

When you lock in a variable-rate mortgage to a fixed-rate mortgage, the rate you get is called the “conversion rate.” That’s lender-speak for “you’re about to wish you got a fixed rate to begin with.”

As a result, variable-rate customers routinely get offered sub-par rates when locking in. We’re talking “special offer” rates in many cases, which are about as special as mouldy socks. We’ve seen some banks even quote posted rates on rate locks….oh, the horror.

Most people wait for the Bank of Canada to move rates before fixing their mortgage. That means the majority of people who lock in, lock in late. They get the one-two punch. Not only do they get hosed on the rate discount (or lack thereof), they get squeezed by the general level of interest rates.

What to Do About it 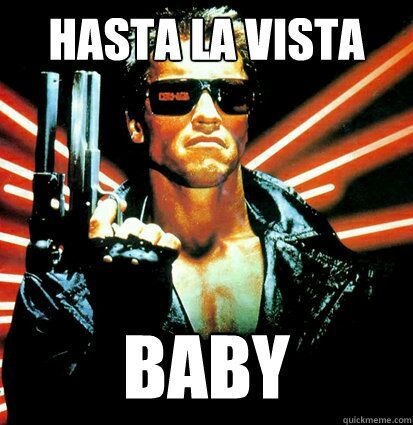 Don’t get a variable rate.

That is, if you plan to likely lock in.

And if you break this rule, at least pick a lender that advertises highly competitive rates online for all to see.

If you do feel a burning urge in your loins to fix your existing floating rate, get a rate and penalty quote before anything else.

Then compare your lender’s offer to the best fixed rate you can fetch elsewhere. Don’t forget to factor in transfer costs. Those costs usually range from $250-$300 for a straight switch (the amount of the discharge/assignment fee) to $1,000+ for a refinance.

If you like your lender and eye a better deal elsewhere (on this site, for example), be a poker player. Bluff.

Show the lender rep you’ve got no tolerance for rate games. Say in a friendly but firm but non-obnoxious fashion that you’ve already applied elsewhere and are set to leave if they can’t match the rate.

If they don’t want to play ball and it makes economic sense, tell them hasta la vista.

Rate shopping is a game. Play it well.