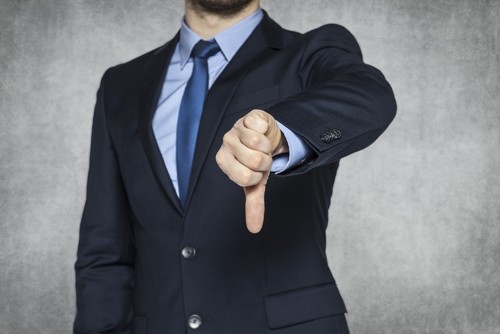 Summary: The CMHC Shared Equity Mortgage comes up short, based on the info the government has graced us with thus far. Some of these projections may change, however, as the government releases more information on the programs.

OK, someone please tell us our numbers¹ are wrong, because from where we sit the First-Time Home Buyer Incentive (FTHBI) just announced by the Liberal government looks like little more than budget window dressing.

And, oh my lord, what a botched rollout it was. It is completely mind-boggling that such a high-profile announcement promising to “make homeownership more affordable” omitted so many vital details. There was no guidance on the equity sharing amount, payback period, loan-to-value limits, etc. It’s as if the Finance Minister just thought of this idea last week and had to rush it into the budget.

The mishandling of this announcement has caused all kinds of inaccuracies in reporting. Case in point are the estimates for the maximum possible purchase price under the FTHBI, which range from $480,000 in the Globe and Mail and “around $500,000” (TD Economics), to $533,000 (National Bank Financial) and “under $600,000” (John Pasalis on BNN today).

We’ve been trying to confirm the “official” maximum purchase price directly from the source because it’s crucial to understanding the impact of this proposal. But, so far, the Department of Finance has only repeated to us that the “participants’ insured mortgage and the incentive amount cannot be greater than four times the participants’ annual household incomes.” (They said they’d get back to us, so we’ll share any updates later.)

Reading the announcement literally, a creditworthy couple making $119,999.99 (the income limit under the program), making the minimum 5% down payment and getting a 5% “incentive (loan)” from CMHC can qualify for a $500,000 purchase price.

UPDATE: After this was published CMHC came out with a statement saying the program “applies up to a house price of $505,000.” It calculates that number by making two unexpected assumptions:

A) the insurance premium is “excluded from the first mortgage amount,” and

B) the insurance premium is “excluded from the [four times household income] loan-to-income limit.”

If that same couple could manage the minimum down payment (5.5%) and got a regular old insured mortgage, they’d qualify for much more — up to a $560,000 home — without the government taking any piece of their future price appreciation.

TD Economics estimated yesterday that the Liberals’ new first-time buyer initiatives would boost home sales by 2-5% through 2020. That seemed reasonable to us until the limits of this program finally sunk in. Now, we’d be surprised if it moved the needle more than 1% to 2%. B.C. had a roughly similar (but better) program and uptake was so low (78% below B.C.’s forecast) that they cancelled it last March.

So it turns out that the FTHBI (appears to) do little to improve access to mortgages. And perhaps we shouldn’t be surprised given policy-makers’ concerns about debt loads.

What it does do is reduce your payment/interest expense and save you on insurance premiums. But in return you have to cough up a chunk of your future home price gains to big brother. (The amount was not disclosed by officials.)

That said, if you think home prices may fall in your region before you sell, you may as well sign up so the government can absorb some of your losses. Appearing yesterday on BNN, Finance Minister Bill Morneau confimed, “There will be some sharing of upside and downside.”

As for getting more people into new homes, the FTHBI does little to help the “affordability” (housing accessibility) crunch. And let’s not forget how severely strained housing access is in our most expensive cities. For example, we found only one 2-bedroom property under $500,000 within a half-hour commute to downtown Toronto. Within a one-hour commute there were less than a dozen such properties for sale. And 100,000+ people move into the GTA every year!

As for the $10,000 increase in the RRSP Home Buyers’ Plan (HBP) withdrawal limit, only 20,250 people in 2017 used their full $25,000 HBP allowance, according to CRA (thank you to Greg Clump at CREA for this data). Meanwhile, there are about 300,000 first-time buyers each year in Canada, notes Mortgage Professionals Canada economist Will Dunning.

“Early analysis suggests that sales could be pushed up by 2% to 5% through end-2020,” as a result of these programs, writes TD Economics. It sees “prices rising by a similar amount given an unchanged supply path in the near-term.”

We can’t foresee anything close to the 5% number. Not as a direct result of the FTHBI and HBP changes, anyway.

To be fair to the Finance Department, this is an initial assessment and some of our analysis thus far may be lacking—at least until they provide the missing details on their program, which they should have done yesterday.