If Donald Trump were a regular guy with a mortgage, he’d surely be appalled by all the fake rates in the media. 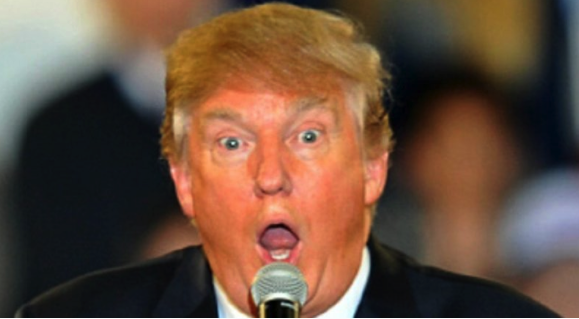 Here are the actual lowest variable rates for each of those cases:

To be fair, these are starting rates and that broker in question probably used qualifying words like “about” and “in the area of” when quoting his rates. That’s fine. But a rate that’s 20+ bps higher is not “in the area of” a rate that’s 20+ bps lower. On a standard $300,000 mortgage, the Spy’s rate comparison calculator shows that 20 bps amounts to an interest cost difference of ~ $2,800 (nominally) over 60 months.

Why do you suppose a mortgage broker would quote rates that are so far above the best mortgage rates you could get as a qualified borrower?

Might it have anything to do with the fact that he/she can’t (or doesn’t want to) offer discounts this big? We think so.

We regularly see cases where lenders or brokers publicize “typical rates” that are higher than what’s actually available. It makes their rates seem better by comparison.

That brings us to the crux of this post.

Industry sources rarely give you the full scoop on mortgage rates, unless they have the best rates. They’re either unaware that lower rates exist (often because they don’t follow the entire rate market), or it’s not in their best interest to tell you the lowest rates.

This site arose to eliminate such agendas and help people find the true lowest rates in Canada. RateSpy has been annoying overpriced mortgage providers ever since. But that’s okay. Long-term, the only way to succeed in this game is being 100% transparent with people.

So remember, if you see some talking head in the media quoting rates, do yourself a service and double check their rates here….because 20 basis points is a terrible thing to waste.