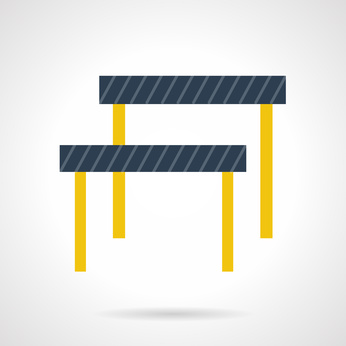 Currently, if you’re getting a variable or 1- to 4-year fixed term, lenders typically check to ensure you can afford a payment at the Bank of Canada’s “qualifying rate” — i.e., the mode average of the Big 6 banks’ 5-year posted rates (presently 4.74%).

If lenders are obliged to boost this rate, fewer Canadians would qualify for shorter and/or variable terms since:

b) people’s debt ratios would rise “on paper” as a result, and

Lenders would love to see more people in 5-year fixeds, by the way. Not only would that slightly decrease their theoretical risk, but 5-year fixed rates are easier to fund (raise money for) and often more profitable.

Is changing the Q-rate even necessary?

Today’s qualifying rate is 2.75 percentage points above competitive variable and short-term rates. What would regulators possibly want to raise it to?

The last time rates rose more than 2.75 percentage points was 1995, and that was a vastly different inflation environment. Inflation targeting, the Internet and outsourcing were in their infancy, the population was younger, oil was less plentiful (a former positive for Canada) and the global economy was stronger. We’ll never see that combination of disinflationary factors again. 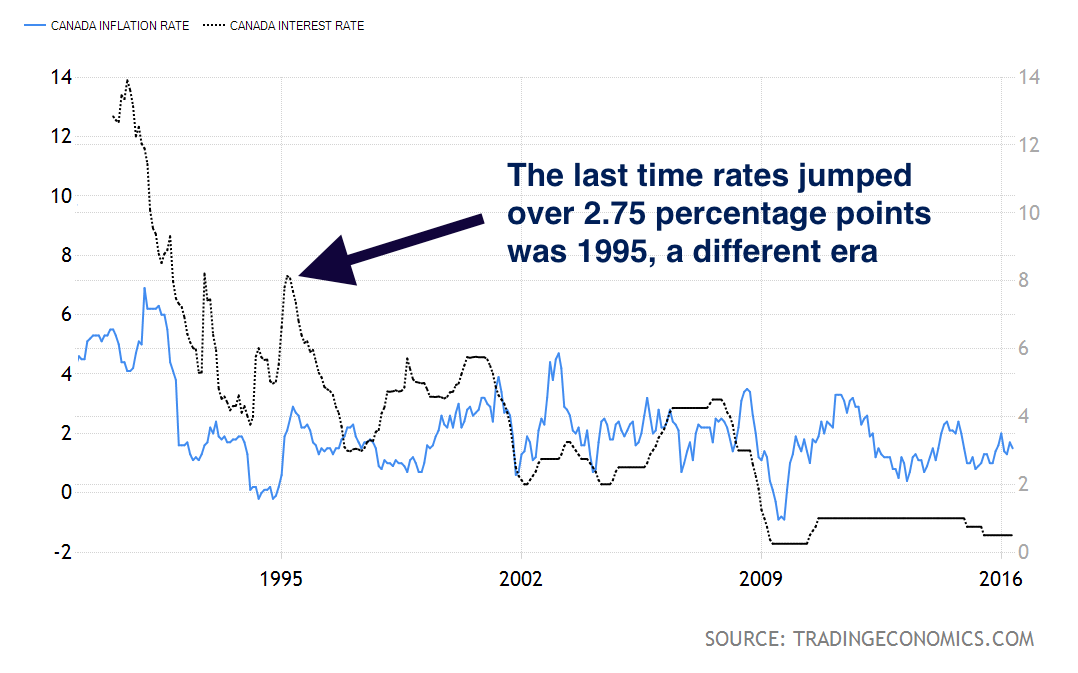 Rate Refresher:  Inflation ultimately drives interest rates. High inflation erodes the future value of money. That compels lenders (and bond traders) to push up rates to compensate for that loss and it compels the Bank of Canada to hike rates to prevent damaging price increases. As long as core inflation expectations remain under 3%, steep rate increases are almost inconceivable.

Does this mean rates will never rise 300+ basis points again in Canada? No. It means it’s highly unlikely that rates would jump that much before most Canadians could renew their mortgages. It’s even less likely that 300+ bps higher rates would persist for years.

And there’s another factor weighing down rates. Canadian consumers are ultra-leveraged. BMO and Mortgage Professionals Canada surveys, for example, have suggested that 1 in 5 borrowers could not handle a 2-point rate hike. A 3-point rate hike could therefore send Canada into an economic tailspin. Regulators and the BoC know this, which makes such an increase remote.

One last point. When rates eventually rise, posted rates will naturally increase on their own. As inflation expectations increase, it will undoubtedly force renewers to qualify at ever-higher rates by default. Regulators don’t need to mandate what the market itself would deliver.

That’s why OSFI’s discussion of higher qualifying rates is not completely logical. This actually seems less like a meaningful plan to protect banks and borrowers, and more like a veiled strategy for slowing the housing market. Perhaps Finance Minister Bill Morneau has been whispering into OSFI’s ear, asking for help in that regard.

Sidebar: If you want to see what your payments would look like at renewal with a three-percentage-point rate increase, check out the Spy’s mortgage calculator with its built-in stress tester.