Higher Prices, Lower Payments. But For How Long?

Down payments are the entry fee to home ownership, and in some cities that fee has shot up big time.

But while rising prices and government rule-making have forced homebuyers to save a bigger ante, modest income gains and the lowest rates in a lifetime have kept monthly payments tolerable, in all but a few boom towns. And you probably know which ones.

This table paints the picture:

It’s a whole different story in Toronto and Vancouver, where prices are up a staggering 43% and 39%, respectively. With those kinds of numbers, it’s plain to see why the Department of Finance targeted its new down payment rules at those two cities. 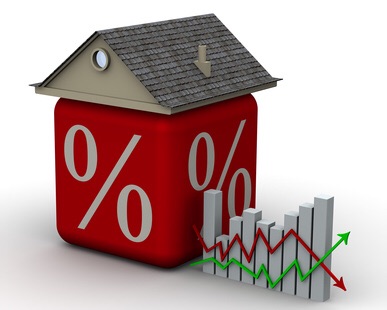 Based on average sale prices, minimum down payments have soared in Vancouver (+92.8%) and Toronto (+66.7%). Mortgage payments in Tor-Van have also risen faster than anywhere in Canada, at over 20% in five years.

Low Rates: Saviour or the Problem?

It could have been a lot worse. Were it not for mortgage rates diving in the last five years, payments in our hottest markets might have been unbearable for enough people to cause a downturn.

From 2011 to this spring, the benchmark 5-year fixed skidded more than one point—from 3.66% to 2.54%. That kept payments manageable, easily offsetting price gains in all but our two largest cities. Barring record low rates, payments in some markets might be up 40%+ instead of 20%+.

The flip-side is that rock-bottom interest costs have pumped up home values and led to higher down payments. Prices would have risen less had rates not plunged. Fortunately, those same cheap rates also insulated Canadians from payment shock.

Unfortunately, that sword has a double edge. If and when rates march higher (say, 2+ points higher, which won’t happen soon), prices and down payments could drop, but mortgage balances won’t. Monthly payments will actually increase for some people, depending on one’s amortization and how high rates go. We’re not talking catastrophic payment increases, but they’d still be meaningful when combined with higher rates on other consumer debt.

That’s why no one can rely on an eternity of cheap rates and low payments. Better to prepare for the risk of higher rates, however small you think it is, by building a savings safety net now.