The (Ir)relevancy of 5-Year Posted Rates

Big bank posted mortgage rates are like sticker prices on new boats. Almost nobody pays them.

Posted rates have become so far detached from reality that they’re almost irrelevant. Have a look at this chart below. 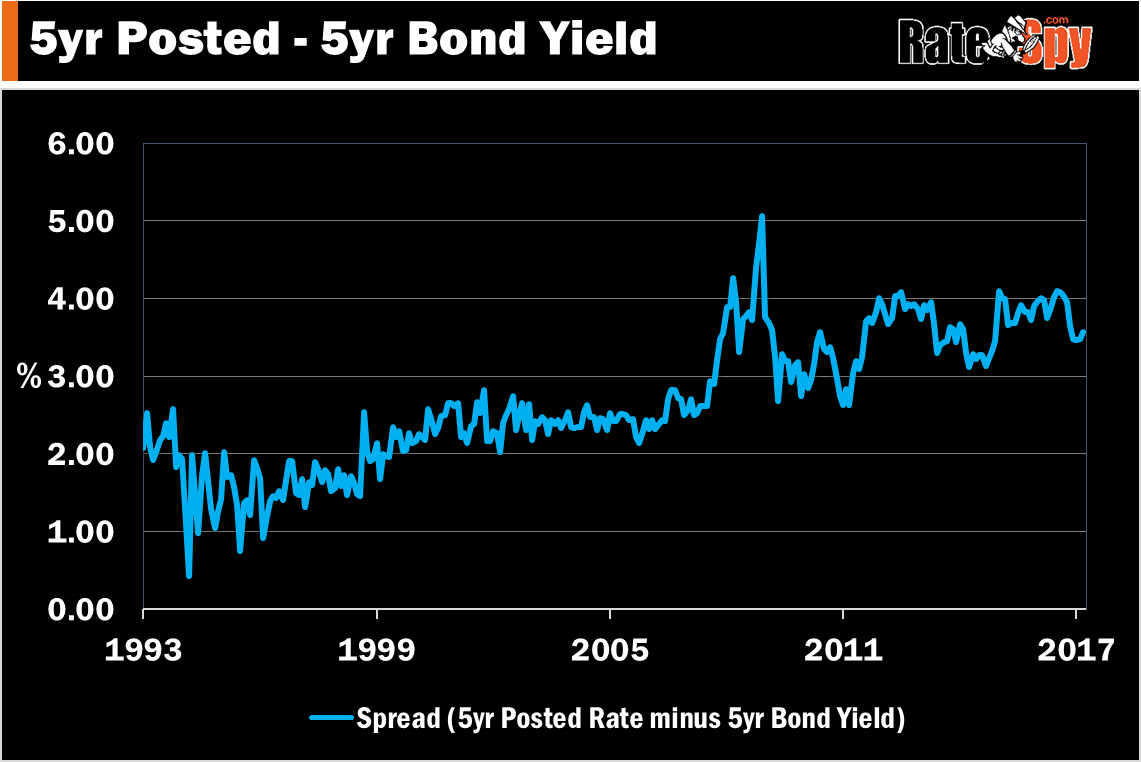 Back when paying the posted rate was more commonplace, the spread between posted rates and 5-year bond yields was tight. But then in the late 90s it started to widen, and it widened further in the mid 2000s.

Nowadays, the spread is so wide that posted rates have little usefulness as an indicator of mortgage pricing.

So what are posted rates good for?

To the uninitiated, posted rates make a bank’s discounted rates seem like a steal.

But aside from being an inflated starting point for rate negotiations, posted rates do have more meaningful functions.

For one thing, the Big 6 banks’ posted rates are used to calculate the benchmark qualifying rate. That’s the rate lenders use when checking if you can afford higher payments (in the event that rates rise). This “stress test,” as they call it, applies to all default insured mortgages and (as of January 1, 2018) all uninsured mortgages at federally regulated lenders, like banks.

How the “benchmark qualifying rate” is calculated: Every week the Bank of Canada takes a mode average of the posted 5-year fixed rates at the Big 6 banks. That becomes the qualifying rate, which has been stuck at 4.64% since September 2016 (as of the time this was published). 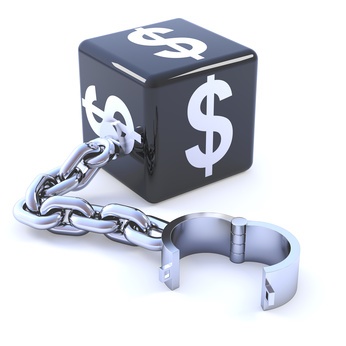 If you’ve ever broken a fixed rate early, you may be painfully aware of another use for posted rates.

Lenders use their posted rates to calculate mortgage penalties. If you terminate a fixed mortgage before maturity, lenders make you pay the higher of either three-months’ interest or the Interest Rate Differential (IRD).

TD explains the IRD calculation as being:

Big banks’ IRD penalties are punitive with a capital “P.” Essentially the text in red above means that the bank is comparing the rate you’re paying to a much lower rate that doesn’t actually exist. That artificially widens the spread (rate differential) and inflates your penalty. Banks don’t make $10 billion per quarter by accident.

Posted rates are also used for:

The Thing to Remember

Unlike market rates, 5-year posted rates haven’t fallen much since 2014. Among other things, that’s partly because:

b)  The Department of Finance wants posted rates to remain higher. This cools the real estate market and makes it tougher for over-indebted borrowers to qualify for mortgages (regulators’ mission these days).

Today’s high posted rates generally mean little when you’re mortgage shopping, with one exception. If you choose a lender that uses your “discount from posted rate” to calculate its penalty (like all the major banks do), and it’s a fixed mortgage, you’re potentially facing a nasty prepayment charge if you break that mortgage.

Remember this when comparing a major bank rate to the rate of “fair penalty” lender because harsh IRD penalties can easily negate a 1/4%, or sometimes even a 1/2%, rate savings.