Meridian Nukes the Competition With 1.49% 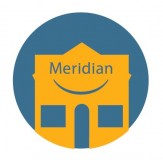 We see great rates every day, but this deal made us utter “wow” out loud.

Then again, this limited-time offer is not for everyone. Below are three reasons why you wouldn’t want it:

Now here are 3 reasons you would want it:

This rate is only available in Ontario and it’s currently not sold through mortgage brokers (as of April 9, 2015). So you have to go directly to the lender.