Some MFCs Are Risking Their Reputation 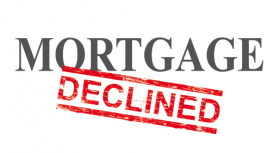 Mortgage Finance Companies (MFCs) pitch themselves as a better alternative to the banks. But that’s definitely not true in all cases.

At the moment, certain MFCs are refusing to offer blends and increases and/or refinances to existing customers. They’re doing this despite marketing those very same “features” to the brokers who sell their mortgages, who in turn unknowingly market these now-unattainable features to customers.

The MFCs in question—and we can’t name names for various reasons—claim this situation is out of their control.

The problem is, MFCs have long relied on insuring their conventional mortgages against default (the big banks don’t need to). Yet, the government has banned such insurance on certain mortgage types, including refinances and financing for homes over $1 million. That means the funding for refinances is too expensive or non-existent for some MFCs.

One thing is within their control, however, and that’s the penalty MFCs charge to customers who must break their mortgage to refinance elsewhere.

And therein lies the issue. Many customers got their mortgage from an MFC because, in part, those lenders promoted flexible features, including refis and blends with no penalty. But now, those same lenders are reneging, essentially saying, “Tough luck; your house is now worth over $1 million…or, you don’t meet our new debt ratio “stress test” so we’re not letting you blend your rate. And, if you want to break your mortgage you’ll have to pay us a penalty.”

To be fair, the government’s controversial (many would say, short-sighted) insurance rule changes are the root of this evil. But these MFCs could eat, or at least discount, their penalties if they can’t refinance existing customers, which is arguably the right thing to do. Instead, they’d rather collect the full penalty revenue at the cost of angry customers. It’s the kind of thing that creates a black eye on MFCs and leads some to avoid non-big-bank lenders altogether.

Tip: This problem currently doesn’t occur with better-funded MFCs (e.g., First National and MCAP). If you’re considering an MFC and you think you might need to refinance or move into a more expensive home before five years, ask your broker if the lender offers blends and increases at discounted rates with no out-of-pocket or hidden penalty.