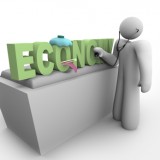 As we turn the page on 2015, get ready for a host of new mortgage trends in the next 12 months. We’ll see new down payment rules, more talk of negative interest rates, and surprising moves with bond yields.

Analysts are already making their predictions on how mortgage shoppers will be affected. Here’s a glimpse of what they’re saying now:

On Higher Down Payments

Last week the government raised the minimum down payment for properties from $500,000 to $1 million. A sampling of reactions: