Lenders’ funding costs in the fixed-rate market have been trending up for two weeks. Yet still, we’ve seen a small dip in the best 5-year fixed rates. Variable rates have been mostly unchanged.

The chart below shows the average best rates for each mortgage term on RateSpy.com. It paints a good picture of rate premium you’ll pay for the security of a fixed rate and/or longer term. 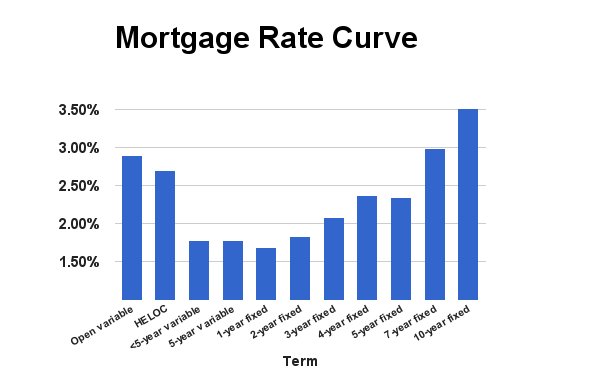 Other trends from the last 30 days