The chart below shows the average best rates for each mortgage term on RateSpy.com. 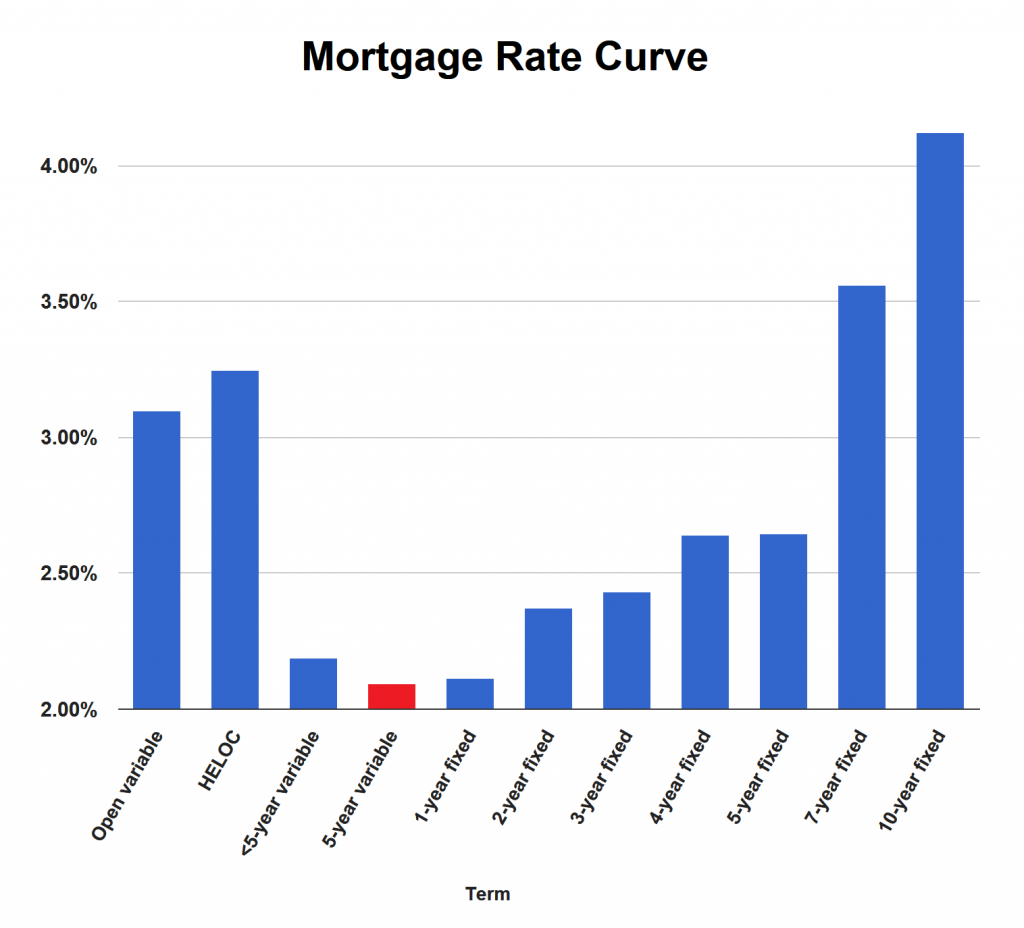 The graph provides a sense for how much of a rate premium you’ll pay for the security of a longer-term and/or fixed rate.

Note: The points above centre on rate alone. Your personal circumstances may dictate a shorter or longer term. The rates shown are an average of the lowest rates found in Alberta, B.C. and Ontario. Use RateSpy.com’s mortgage comparison feature if you live in another province. Remember that the lowest rates often come with restrictions. A premium typically applies for less-restrictive mortgages.