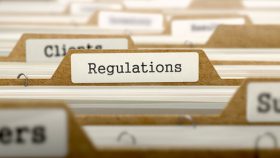 We all knew it was coming, but now the reality sets in.

The ruler of Canadian banking (OSFI) has solidified a rule change that’ll impact more mortgagors than any rule we’ve seen to date.

Here’s a synopsis I wrote for the Globe and Mail if you need a quick summary. The gist is this: Effective January 1, 2018, anyone with 20%+ equity who wants a low rate will have to prove they can afford payments at a rate that’s at least two points higher.

Here’s a few other tidbits of note:

Defaults on uninsured mortgages, even in frothy markets like Toronto/Vancouver, are already well below the national and historic averages. But in his press conference today, OSFI head Jeremy Rudin reiterated that “strong underwriting makes housing more stable.”

Few can argue with that.

Sidebar: OSFI is clearly prescribing demand-side medicine (qualification tightening) for a largely supply-side (housing shortage) problem. Debating the efficacy of that treatment is something we haven’t done here, but it’s a debate worth having.