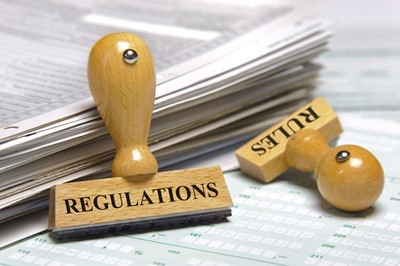 Imagine if 250,000 to 350,000+ homeowners couldn’t get cost-competitive private mortgages anymore.

That’s the potential result if the feds impose a mortgage stress test on private borrowers. And they’re considering just that, according to a Reuters report today.

At this point there are more questions than answers, like does this apply just to mortgage investment corporations (MICs) or to all private mortgage lending?

One thing is clear, however. Stress testing borrowers at private lending rates, which routinely exceed 6-8%, would drastically slow such lending.

That, in turn, would result in:

The benefit of slowing private lending would be more stability, regulators argue. One risk, among others, is that falling home values could lead to private lenders calling in mortgages (which many borrowers could not repay), thus leading to a flood of supply and a self-reinforcing housing selloff.

The alternative—removing options for borrowers who desperately need to restructure debt—may not be much better. Albeit, the economic fallout from eliminating higher-risk financing is hard to quantify.

Other big questions also remain, like how the federal government would regulate provincially regulated private lenders. And, it’s hard to envision what the government could do to prevent individuals from lending their own money secured against real estate.

Of course, any rule changes would have to follow consultation periods, parliamentary reviews, the creation of monitoring systems and even potential court challenges. So don’t expect a stress test on private lending this year, if at all.

We could, however, see provincial regulators enforcing tighter private lending guidelines sooner. How that would look is just one more question mark. B.C.’s mortgage broker regulator, FICOM, has reportedly already consulted with some MICs on how they underwrite non-prime mortgages.

Side bar: Reuters’ story calls private lenders a risk, in part “because they lack the capital buffers which banks hold.” That doesn’t hold true for many larger private lenders. For example, the government enforced IFRS-9 accounting standard effectively prescribes ‘reserves’ for MICs. But according to one we spoke with, “MIC’s are not even permitted to build up reserves unless they are prepared to pay tax on whatever reserves they hold above and beyond what is required by IFRS-9.”

“The next shoe to drop is regulated/mandated ‘reserves’ for private lenders,” that lender speculated. Following that could be regulated maximum loan-to-value ratios and maximum debt ratios, for those privates who are provincially regulated.