Ottawa’s Mortgage Stress Test. Who Do We Believe? 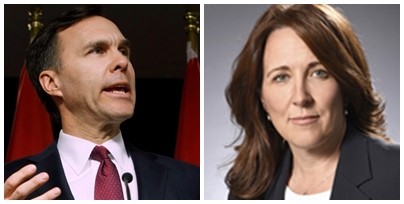 The two top policy-makers in Canada’s mortgage market don’t seem to be on the same page—at least not with what they’re feeding the public about the mortgage “stress test.”

Observe these two statements about why the stress test—which is part of banking regulator OSFI’s contentious “Guideline B-20″—was implemented:

Bill Morneau, Minister of Finance: “…We wanted to make sure that [home] prices were not escalating in some markets at a pace that was unsustainable.” (Source)

Who do you believe?

“OSFI, the Department of Finance, the Bank of Canada, the Canada Deposit Insurance Corporation and the Financial Consumer Agency of Canada, meet at least quarterly” to talk about policy, says OSFI. So you’d think the two departments would get their stories straight.

Why does this matter?

A) The government is confused about why it clamped down so aggressively on mortgages,

B) One of the two policy-makers hasn’t told us the full truth.

Either way, it’s reason for concern. What is potentially the most impactful mortgage regulation of all time—one with broad economic and social implications—should have a defined purpose that addresses a defined problem.

Otherwise, it comes across as politically driven seat-of-the-pants rule-making.

Because of B-20, market froth has dissipated in our largest cities (a good thing). But the jury is out because B-20 has also prevented borrowers—who would have previously qualified in 2017—from benefiting from home ownership, driven up rents, pushed people to non-prime lenders with higher mortgage rates, kept people from consolidating debt and lowering their interest rates, and hampered competition for renewers, among other things.

The apparent contradiction between Morneau and Rogers implies that B-20 may not have been sufficiently thought out. That doesn’t exactly engender confidence in mortgage policy-making.