Private (non-prime) lenders are getting tapped out across the country. 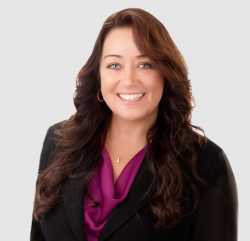 “When we make a loan, we have an expectation of cash flow coming in, not just from new investment capital, but from refinances (at maturity),” she says, “but we can’t make these assumptions anymore and it’s a daily, sometimes hourly, exercise of capital management.”

All of this is because alternative lending institutions, like Home Trust and Equitable Bank, can no longer fund the mortgage volumes they were just six months ago. Such companies have traditionally been the “exit strategy” for private lenders, as borrowers move to these cheaper alternative lenders once they rehabilitate their credit or improve their income situation.

As a result, “More consumers are asking [private lenders] for renewals,” Noble says. 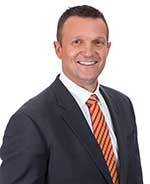 Chuck McKitrick, CEO of Alta West Capital, says Home Capital’s debacle has dealt collateral damage to competing subprime lenders. While not in the dire straits of Home Capital, its competitors too are unable to access funding as cheaply or easily as they once did. Skittish investors have driven them to ration their lending.

Add unprecedented demand to that mix and it’s a sure recipe for higher rates. “Demand for non-prime funds has completely outstripped supply,” McKitrick says. “If every month I’m deluged with opportunities I’ve got to raise [my rates].”

He estimates there’s been “at least a 20-30% rate increase at private/MIC lenders” since the Home Capital crisis in April.

Fisgard, which is known for some of the best private lending pricing in the country, has also hiked rates. “We’ve inched them up by a quarter point…and half point, on [applications] that need exceptions,” Noble said. 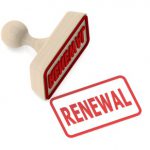 Where consumers really need to be careful is with renewals. Most private lenders like to free up their capital after 6 to 24 months, and customers that can’t renew elsewhere put pressure on the lender’s liquidity.

Noble recommends carefully reviewing renewal costs if you’re getting private financing. “I’ve seen commitments from other more high-risk lenders with 8.5% rates and 2% fees. That’s reasonable at the outset,” she says. “But then the rate escalates to 12% and an additional 2%+ in fees to the lender if the mortgage is not paid out at maturity. That’s exorbitant.”

One might think that higher rates and returns would flood private lenders with capital from yield-hungry investors. But that’s not happening.

“Investors are hearing about Home Trust’s issues and negative rhetoric about the housing market,” and that worries them, Noble says. “They are more educated and doing a heck of a lot more due diligence than they ever have.”

It’s likely that high single-digit / low double-digit returns will draw investors out of the woodwork eventually. But for now, private mortgage funding is tight as a vise.

More Demand Coming With B-20

Canada’s banking regulator (OSFI) is proposing that uninsured mortgage borrowers prove they can afford a payment at a rate that’s 200 basis points higher than their actual (contract) rate.

If OSFI enforces that rule on non-prime lenders—who have high contract rates to begin with—it could shake non-prime lending to its core. Borrowers would have to demonstrate affordability at rates like 6.50%, 7.50% or more, a big stretch for many credit-challenged borrowers.

All of this would create a new wave of borrowers for companies like Alta West and Fisgard, who already can’t do deals today that they would have done last year. It would also let private lenders cherry pick from a much bigger pool of potential customers, likely limiting their risk.

Either way, there’s one thing you can bet the farm on. If OSFI’s B-20 goes through as planned, demand at less regulated lenders will soar, McKitrick says. “We don’t see any other way.”