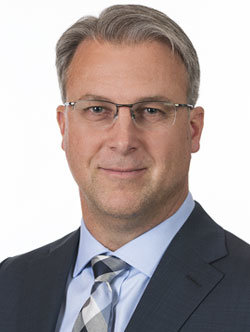 Those who think the government went overboard on mortgage tightening may have a glimmer of hope.

“The only reason we think there’s an opportunity is because it’s an election year,” and millennials (a huge block of voters) demand better housing access, he said.

He was careful to add, “We don’t want to suggest things that would look like [the government] made a mistake [with mortgage policy] because there will be zero appetite for that.”

Instead, Genworth is suggesting these tweaks:

Levings said the industry as a whole is largely in support of these proposals.

In short, there’s a chance we’ll see one or more mortgage policies loosen up in 2019. At the very least, the odds of further significant policy tightening have dropped—save for in the HELOC market.

Offsetting looser credit in 2019/2020 are potential mortgage insurance premium increases. Genworth hinted that this is a possibility next year due to recent regulatory capital changes. (As if default insurers didn’t charge enough already.)

Meanwhile, Genworth stated its “risk of loss has diminished dramatically.” So essentially, the government is encouraging insurers to make lower-risk borrowers pay more—an insurer’s dream, but a consumer letdown.

Sidebar: According to Genworth, from 2007 to 2018, a whopping 83% of default-insured borrowers (largely first-time buyers) chose 5-year fixed rates. That’s despite all the research supporting floating rates. Only 16% chose a variable rate and a piddly 2% chose a 1-, 2-, 3- or 4-year fixed.