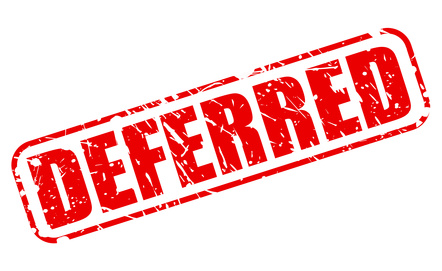 The policy dudes at the Department of Finance (DoF) have deferred the implementation date for their controversial new posted-rate “stress test.” The change applies to low-ratio insured mortgages and gives people more time to plan a purchase or refinance.

When the new rules were first announced, the DoF said that effective Oct. 17 all insured borrowers would have to prove they can afford a higher payment based on the Bank of Canada’s 5-year posted rate (4.64%).

That now only applies to insured mortgages with less than a 20% down payment.

Insured borrowers with 20%+ down can still get approved under the old (easier) method until Nov. 30.

This means that folks with lots of equity can take another month or so to apply for a mortgage, and still get the maximum approval amount and the lowest possible rate (the cheapest rates are typically from mortgage finance companies, who insure their mortgages at no cost to you).

Uninsured mortgages remain available without any new strings attached, but again, those often come with higher rates and all require at least 20% down.

For those of you who haven’t bought yet, and have less than 20% equity and higher debt ratios, the government is crashing your party come Monday. You’ll have to prove you can handle a payment at a lofty 4.64% rate. That’ll slash your maximum theoretical mortgage by at least 18% compared to today.

(More on the new mortgage rules.) 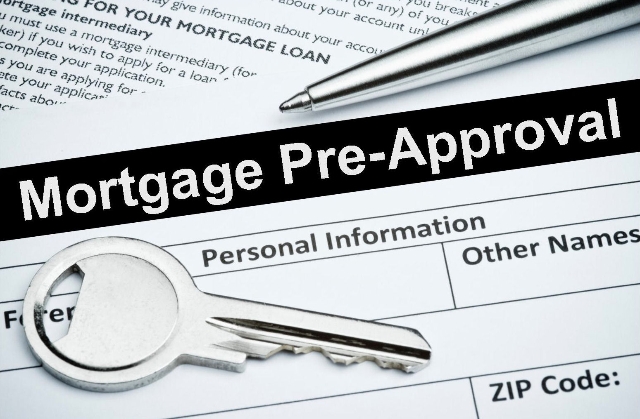 Lenders are adding more “stress” in their tests on pre-apps.

After this weekend, all lenders will “stress test” you at the higher posted qualifying rate (4.64%) if you want a pre-approval and have less than 20% equity.

But interestingly, several lenders are also applying this stiff new test to low-ratio pre-approvals. And many more lenders will launch the same policy next week.

If you use those lenders for a pre-approval at 80% loan-to-value or less, you’ll likely qualify for a much lower maximum mortgage amount than you would today.

On the other hand, if you want the biggest mortgage you can afford (because you enjoy financial self-flagellation), certain lenders will still pre-approve you based on the old approach—i.e., test you against the actual interest rate you pay.

For the 411 on which of these old-school lenders remain, touch base with any experienced broker. Just make sure that the lender will honour its rate and pre-approval amount throughout your desired rate-hold period. 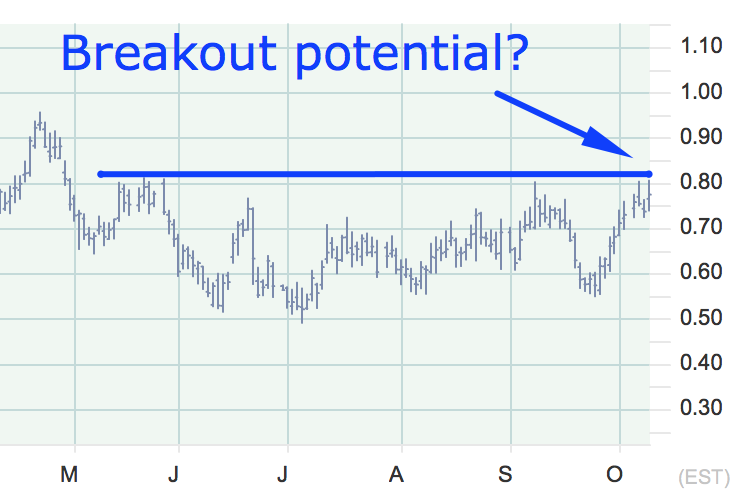 Rates have been drifting sideways for a curiously long time. But that’s bound to change.

Canada’s 5-year bond yield, which influences fixed mortgage pricing, is back near 0.80%. That number has been a steel ceiling for yields for over five months.

If the 5-year yield pierces above 0.80% in a meaningful way, longer-term fixed pricing will vault higher—for at least a little while. Hence, keep tabs on this chart if you’re looking to time the best 5-year fixed rate.

By the way, bond yields have been largely taking their cues from oil, which has sprung back to its 52-week high. If oil busts above $55-ish or so, fixed-rate increases could easily follow.

It’s been dullsville out there, with no significant movement in Canada’s lowest mortgage rates.

As a reminder, if you want to peep rates from prior days, the Spy now lets you access historical daily rate data back to January 1 of this year.

In a few weeks, we’ll have all of 2015’s and 2014’s data too. That’s literally millions of historical rate values. Indeed, the Spy is bent on creating the ultimate fix for rate data junkies, and there’s lots more to come…