Too many lenders do not put their best cards on the table. To earn their best rate you have to dicker like you’re buying a rug at the bazaar.

These rate games make borrowing cost comparisons needlessly more difficult and inefficient. And that’s exactly what some lenders are aiming for.

Take this chart, for example. 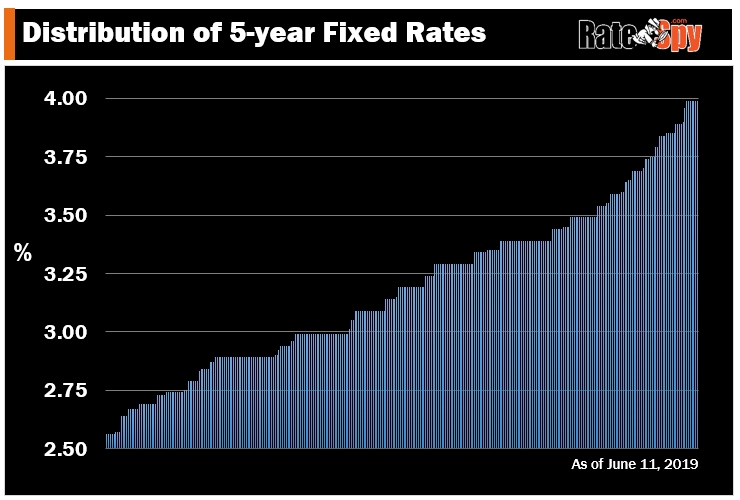 What this graph shows are all the advertised 5-year fixed mortgage rates that we track for prime borrowers who need purchase financing. For our purposes here, it displays rates up to 3.99% because few well-qualified borrowers pay rates above 4.00%.

The spread between the best and worst rates is a steep 1.43 percentage-points. Overpaying even half that much (i.e., paying 72 bps more) would cost someone $9,000 additional interest over five years on the average ($268,480) new mortgage.

Such wide rate dispersion never existed 20 years ago. Back in 1997, the gap between best and worst rates was only 1.05 percentage points, according to Cannex data.

Why Do Mortgage Rates Differ? 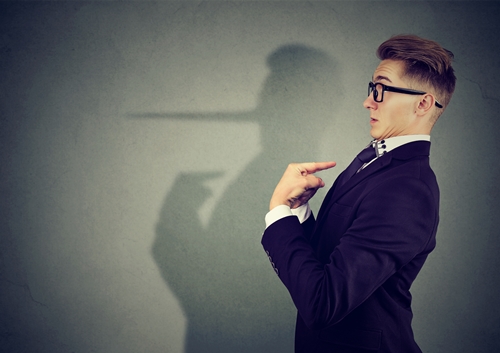 RateSpy currently tracks over 100 distinct interest rates for prime 5-year fixed purchase financing alone. (We monitor 300+ prime lenders but some of them price the same.)

That is, they fish for uninformed consumers.

A recent poll by LowestRates suggests that roughly 3 out of 8 Canadians aren’t even aware that you can negotiate a bank’s mortgage rate. These are the customers many lenders crave most—that is, lenders that advertise above-average rates hoping to prey on ignorance.

Lenders also take advantage of loyalty. Someone once said: people change their spouse more than they change their bank. And banks know this. According to a RateHub survey, an incredible 4-in-10 still do business with their bank despite claiming their bank doesn’t have the best rates on any financial product.

To keep rates low, lenders often remove flexibility. In exchange for that rock-bottom deal, for example, they’ll often limit prepayment, porting or refinance options or impose bigger penalties for early termination. That’s why some of the lowest rates are called “low-frills” mortgages.

Other times a lender will lure people in with big cash rebates or free closing costs, in lieu of lower rates. Or they’ll be more flexible on the types of property or locations they lend on. That all has to be factored into mortgage pricing.

It usually costs lenders less to fund high-ratio insured mortgages than uninsured mortgages. The customer pays the insurance premium, risk of loss is lower and the capital costs are smaller.

Some lenders just have higher funding costs and/or operating expenses per loan to begin with. For example, a tiny credit union has to pay more for its funds than a giant multi-national bank, and has many fewer loans to spread its costs over.

And then there’s securitization (which refers to selling mortgages to investors). For a whole host of reasons that are beyond this story’s scope—like meeting investor targets or generating “replacement assets” in mortgage bonds—lenders are sometimes incentivized to offer lower rates for a short time.

Smaller markets with less branch competition usually have higher rates. It’s why you’ll rarely get as good a rate in Tignish, PEI, as you will in downtown Toronto.

In general, the easier it is for a lender to hit its production targets (which vary based on its growth objectives), the higher its rates. 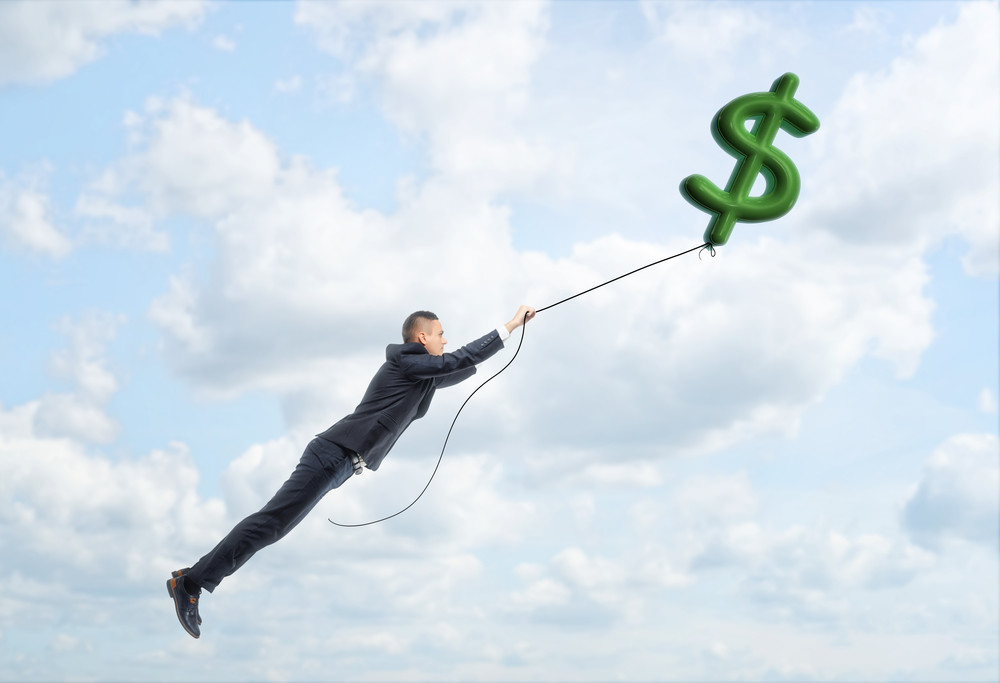 you than just your mortgage. So they mark up mortgage rates partly so they can “reward” you with “discounts” if you agree to buy other products.

Incidentally, this is partly why CIBC got rid of its mortgage broker division. Brokers sold CIBC mortgages—under the bank’s “FirstLine” brand—at lower rates, but didn’t sell any other CIBC products. The bank didn’t like. It’s goal was to form greater “customer relationships.” (Read, create greater cross-sale.)

Relationship pricing is a dyed-in-the-wool business model of most credit unions. And no, this is not tied selling; it’s “preferential pricing” and it’s perfectly legal.

Every lender has a different risk-based pricing model. Companies each assess borrowers differently and therefore offer different rates to the very same borrower.

Many lenders more systematically target (slightly) higher-risk borrowers. They do so because the margins are better—given the rate premium for the slightly higher default risk. In other words, they might cater more often to folks with higher debt ratios, higher credit balances, lower credit scores, those who live in economically depressed regions, borrowers who can’t pass the federal stress test, etc.

For these lenders, it’s easier to quote a higher published rate and negotiate down if the borrower is well qualified, versus the other way around.

(It’s worth noting that we’re talking about prime lenders here, not subprime. The rates you see in the chart above are all from prime lenders.)

Even Mortgage Professionals Canada acknowledges that “The interest rate is king in the mortgage space.” But many lenders still charge a premium for their supposed “service,” “convenience,” “advice” or the “trust” in their brand. They do it because many still pay more for these intangibles, and surveys back that up.

But the more that people realize they can get quality service, a fast & easy online interface and instant web-based advice without a big mark-up, the more old-school lenders will cede market share.

Who Loses the Most? 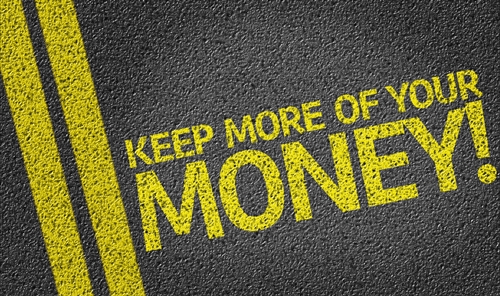 Product, risk and funding cost difference aside, the biggest losers (cost-wise) are the people who pay above-market rates without sufficient research.

To be fair, however, some of these people value their time more than saving a few grand.

Either way, more than 2-in-5 Canadians get only one quote, according to Mortgage Professionals Canada. Those people are a gift to lenders, and one of the reasons most companies still don’t advertise their best rates.

Such lenders hope people take their inflated rates at face value, or worst case, consider them starting points for negotiation.

But that’s a problem if you’re in the minority. Reason being, according to a recent survey, 3 out of 8 people don’t know you can negotiate mortgage rates at a bank. That matches a prior survey that suggested 3 out of 8 people take the first rate they’re offered at renewal, the mortal sin of mortgages.

Research from south of the border found that consumers who obtain five rate offers saved “around 16.6 basis points on their rate…” On the average mortgage, that amounts to $2,095 +/- over five years, not an immaterial sum to most families.

The best part is, you don’t even have to pick up the phone or drive to a branch to see five offers. All you have to do is switch on your computer or smartphone and compare the lowest mortgage rates from your La-Z-Boy. 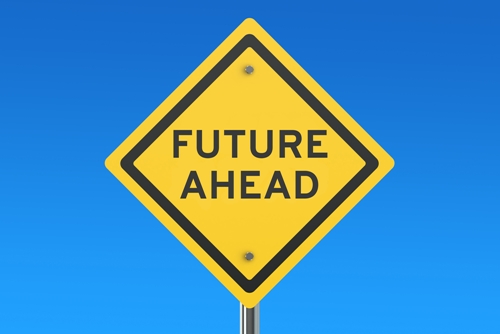 In the next five to ten years, Canada’s mortgage market will undergo a transformation. Most lenders who aren’t transparent will lose enough market share from prime (well-qualified) borrowers that they’ll be forced to advertise better rates online. People will no longer waste their time phoning a lender rep or driving to a branch to find the best deal.

In fact, consumers have already spoken. LowestRates’ poll found that 53.7% of respondents say negotiating mortgage rates is “unfair.” An overwhelming 89.8% said that banks should transparently display the lowest mortgage rates without gimmicks.

The rest have lots of catching up to do. And once they do, and once the vast majority use rate comparison tools, Canada’s rate market will be radically more efficient. That’s when Canadian families will finally enjoy the full fruits of mortgage competition, internet-style.