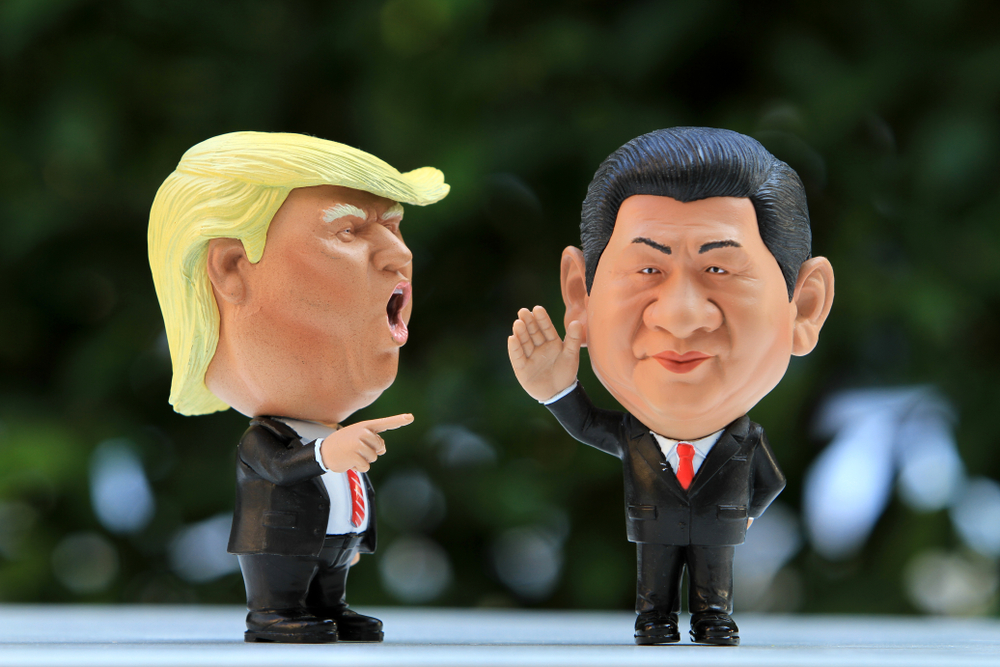 With just 12 days until Tariff Man’s next round of threatened tariffs kick in against China, and with new import taxes now threatened on Europe and South America, the market pendulum has swung back to pessimism.

“If tariffs scheduled for Dec. 15 are implemented, it would be a huge shock to the market consensus,” Manulife Investment Management’s Sue Trinh told Bloomberg. “Trump would be the Grinch that stole Christmas.”

Unless Trump delays those import duties and/or announces meaningful progress in trade talks, bond and swap rates could topple over. That would pull the lowest fixed mortgage rates down with them.

Jargon Buster: Swap rates are a rough proxy for a big bank’s basic 5-year fixed funding cost. Banks rely on swaps to hedge fixed-rate mortgages—i.e., protect themselves against interest rates moving against them. Most rate observers use bond yields as a proxy, but swap rates are technically a better measure.

Here’s a look at Canada’s swap rate over the last year. 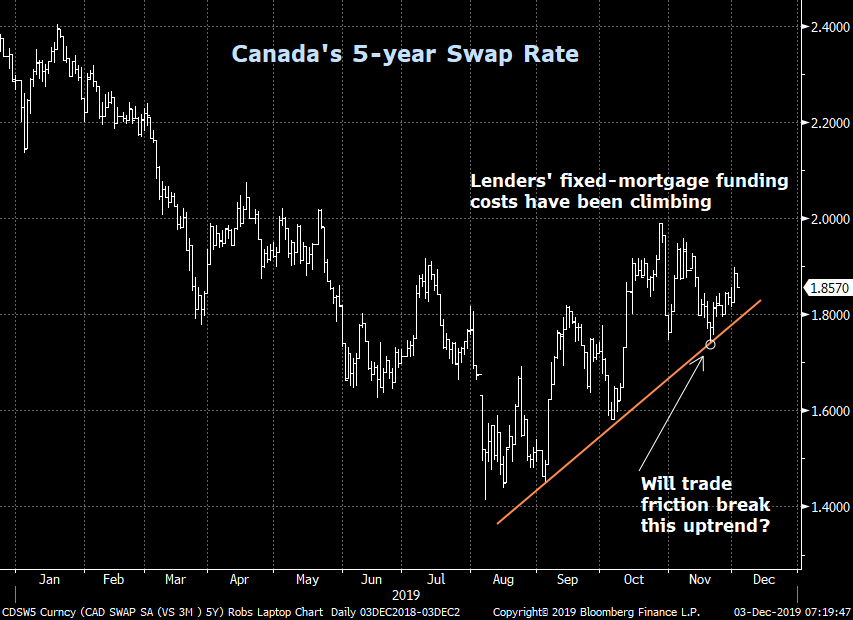 A U.S./China trade deal could easily cause rates to spike. No one knows by how much; maybe 20-50 bps in the months that follow.

Knowing this doesn’t help you much as a mortgage shopper, however. But it does serve as a reminder to get a rate hold quickly if:

(A) a positive trade deal is announced; and

Note: Most lenders will lock in a rate for only 90-120 days, but there are exceptions (BMO, Desjardins, etc.) and some lenders will early-renew you for up to six months in advance of your maturity date (e.g., Scotiabank).

Beyond the short term, an initial U.S./China trade deal may not boost GDP or interest rates as much as some expect.

“A ‘phase one’ deal is…unlikely to represent a major breakthrough. Tariffs on U.S. imports from China would still be far higher than before the trade war started,” said Capital Economics this week. Nor is an initial deal expected to boost North American exports in any major way.

What’s more, a China/U.S. deal could always be overshadowed—be it by new trade battles elsewhere (like in the E.U.), disappointing economic data here in Canada, plunging oil prices or what have you.

The long and short of it is this. Trade will continue dominating rate direction in 2020. But the overall impact on mortgage rates could be less profound than headlines suggest. Mortgage shoppers can’t let trade noise dictate their term selection or timing apart from one consideration. If Canada’s 5-year bond yield (which influences fixed rates) exceeds 1.70% on trade optimism, it would warrant getting a rate lock quickly, as noted above.