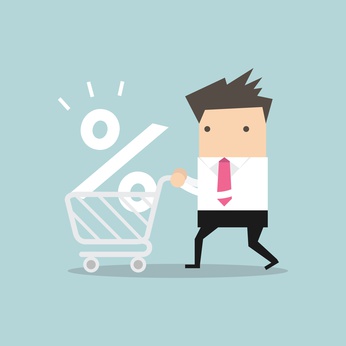 There’s still way too much inefficiency in the mortgage research process. That is, if we’re to believe the latest CMHC data.

Three out of four homebuyers used websites to gather mortgage-related information, says Canada’s housing agency. But, among those, only 20% of first-time buyers, 24% of repeat buyers and 23% of renewers used “interest rate comparison” websites.

It’s bad enough that only three in four mortgage consumers use websites to collect mortgage information. But that’s not the worrisome stat.

The upsetting and confusing finding is that roughly 8 in 10 borrowers did compare mortgage rates online, but less than a quarter used a rate comparison website, so says CMHC. It told RateSpy, “The majority of buyers went directly on lenders’ websites to compare interest rates.”

That leads us to believe three things:

CMHC’s spokesperson offered this: “The only explanation we could come up with comes from the way we asked the question this year, which was slightly different from 2016 and 2017. In 2018, not only did we add choices to the question (which could have created a distraction: more choices to review, etc.), but we also gave an example for the choice “Interest rate comparison websites”. We had in brackets “RateHub.” Perhaps respondents that did not know about “RateHub” simply did not click on that option regardless of whether they had used an interest rate comparison website or not.”

Given the strong growth in Canadian rate sites this year, something certainly seems amiss with the data. Rate sites just keep climbing Google’s ranks for mortgage keywords. This website’s user visits are up 89% year-to-date—and all our top competitors also report double-digit growth.

When homebuyers pick a lender, CMHC’s findings show that they most often choose their lender based on a family recommendation. Now, we like family as much as the next guy, but your average family member is in no position to recommend the lender with the lowest cost of borrowing. Laypeople don’t follow rates for a living, nor do they track key mortgage terms, features and conditions.

CMHC found that half of Canadians would feel comfortable using more technology and arranging their next mortgage online. That’s a big shift versus prior years. And if folks are going to move online for mortgage origination, finding the right rate becomes all the more important.

Fortunately, most people do manually compare mortgage options. According to CMHC, first-time buyers who got a mortgage contacted 2.1 brokers and 3.1 lenders on average, while repeat buyers contacted 1.5 brokers and 2.3 lenders.

That’s a start. But doing the legwork yourself is far more challenging.

And lest we forget that mortgage salespeople are paid to sell you their preferred product(s). Asking most bankers or brokers who has the lowest rate is like asking a Cadillac salesman who has the most fuel-efficient car. You probably won’t hear them singing the praises of Toyota’s Prius.