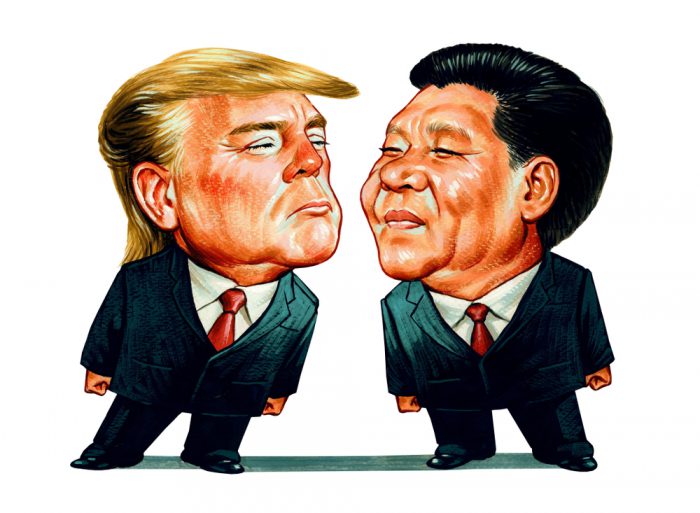 You’ve probably seen the U.S. and China wrangling over trade in the news lately. Hanging in the balance is a major trade agreement—if they settle their differences (and they eventually will).

Such an agreement would be historic. It would finally end their trade war while chipping away at America’s $419+ billion trade deficit (on goods) with China.

A deal could juice an already healthy U.S. economy. And other things equal, more growth is usually more inflationary, which is bullish for mortgage rates.

That’s why the announcement of a U.S.-China trade pact could potentially take U.S. bond yields higher, which in turn could lift Canada’s lowest fixed mortgage rates (since the two are correlated). The question is, for how long?

Trade agreements bolster interest rates most of the time. But not as long as one might think.

Take the Canada–United States Free Trade Agreement, for example. It was announced on October 4, 1987. Following the news, the U.S. benchmark 10-year yield spiked 63 basis points in a few weeks only to collapse soon after (thanks to the stock market crash). 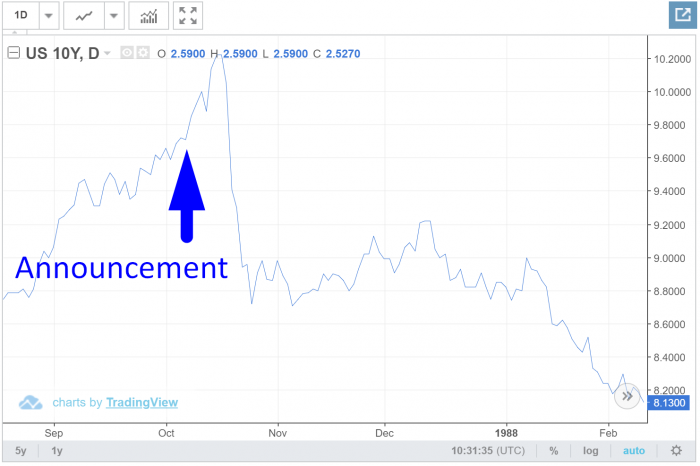 Then there’s the North American Free Trade Agreement. It was announced August 12, 1992. The U.S. benchmark yield shot up 29 basis points within a few weeks only to dive thereafter. 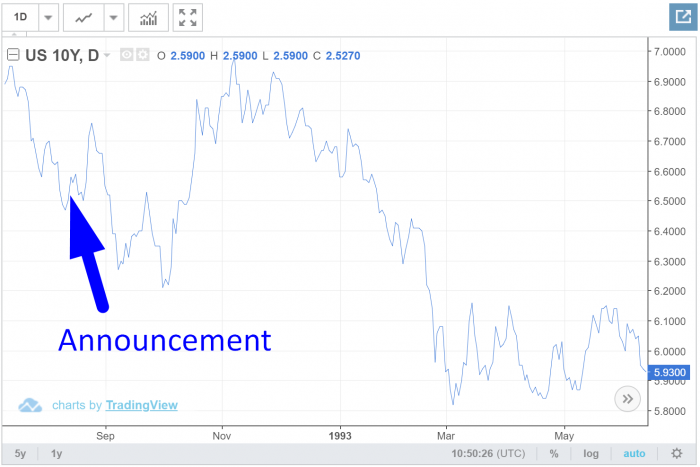 Two examples alone don’t make a definitive statement on rates. But, suffice it to say, a major trade deal doesn’t mean you’ll be paying higher 5-year fixed mortgage rates. In fact, a U.S.-China trade deal is already priced into the market as we speak, to at least some degree.

Once the deal is formally announced, its bullish impact on mortgage rates (if any) could easily fizzle—given the recession potential and future rate cut being priced into Canadian bond yields. Hence, at this point, there’s little foreseeable reason to factor an American/Chinese trade pact into your mortgage strategy.