Fixed vs. Variable. The Gap Narrows

But in the last eight weeks, the gap between the two has conspicuously narrowed, with fixed rates falling up to 20 bps. That’s driven down the “insurance premium” borrowers pay for the security of a fixed rate. 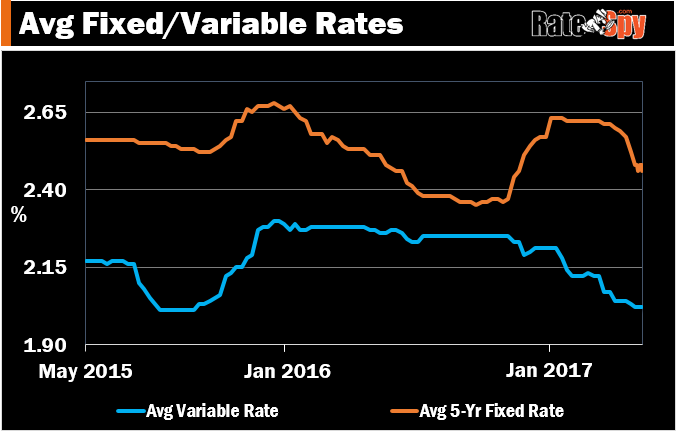 Canada’s lowest 5-year fixed rates are now back to within 16 bps of the 1.99% psychological threshold. Of course, the lowest rates are for insured mortgages only. What else is new?

This gap between insured and uninsured rates has continued to widen since the Liberals:

That said, we’re seeing renewed competitiveness on uninsured rates. Discounts on uninsured refinance rates have improved by 4 bps in the last month, relative to 5-year swap rates (which are a rough proxy for lenders’ base funding cost). Put another way, the pricing advantage of major banks—who don’t need to insure their mortgages—has ebbed somewhat.

Why fixed rates are falling

There’s no magic about it. Fixed mortgage rates have simply followed the descent in Canada’s 5-year bond yield. 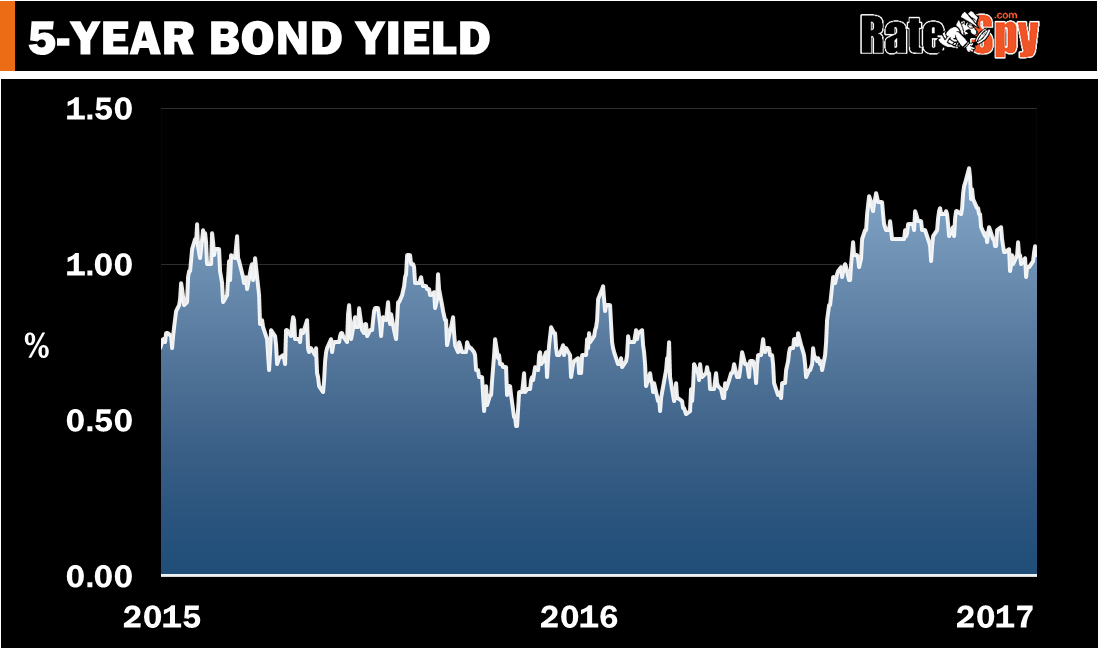 The catalysts for lower rates have been a loss of faith in Trump’s economic agenda, falling oil prices and anti-inflationary economic data.

A big uptrend started last fall, but rates never ascend in a straight line. There are always pullbacks.

The question of the day is whether this rate drop is a pullback, or a directional change entirely.

Among other things, the answer will depend on the:

The best thing most armchair rate observers can do is stay in their armchair and not try to decipher this randomness. Take solace that rates won’t soar, not as long as the 5-year yield stays below its 2-year high (which is 1.33% for those keeping track).

All this is welcome news for mortgage shoppers stuck on a 5-year fixed. In January, Canada’s lowest 5-year fixed rate was 2.33%. Today, insured rates are back to as low as 2.15%