What is the Mortgage Qualifying Rate? (Stress Test Rate) 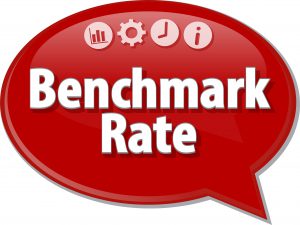 Lenders want to make sure you can afford higher mortgage payments if interest rates soar. So does the government.

The MQR is the interest rate most commonly used to “stress test” mortgage borrowers.

Stress testing is the process of calculating a borrower’s debt ratio to ensure it’s not too high. Basically, a lender divides your monthly obligations by your gross monthly income (it assumes your mortgage payment is based on the MQR). It then compares that debt ratio number to an established limit, like 44%. If your debt ratio is at or below the lender’s limit, you pass the “test.”

Here are 10 other things mortgagors need to know about the mortgage qualifying rate:

If you want to know whether you pass your lender’s stress test, simply ask that lender (or any mortgage broker) to calculate your debt ratios. They’ll ask you some questions about your income, debts and mortgage. Then they’ll do the math.

Competent mortgage advisors can generally tell you if you qualify in about 10-15 minutes. (Note: If you own more than 1-2 properties, it’ll take them longer to do the numbers.)