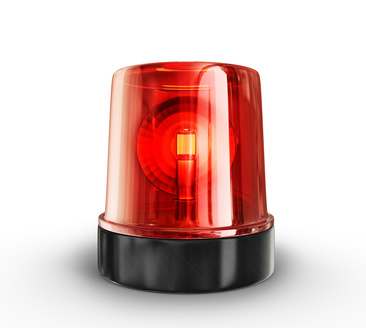 Unlike us mortgage geeks, you may not have time to sit and gawk at rates all day. That’s why we’re juiced about the Spy’s latest feature: Rate Alerts.

Literally dozens of readers have asked for them and our trusty coders have delivered. Rate Alerts let you create up to five alarms that trigger when your custom criteria are met. Here are just a few examples:

Rate Alerts can come in handy when folks are:

Rate Alerts are in beta so the Spy’s IT mavens are itching for feedback. If you have some to share, please do email us at [email protected]

This Week in Rates

Someone just cranked up the competition in the fixed-rate market.

In the last week, lenders have been tripping all over themselves to drop fixed rates, especially on 5-year money. One of the rumours is that lenders are trying to beat new rules that make securitization (selling mortgages to investors) more expensive. Those rules take effect in July.

Whatever the case, if you’re shopping for a 5-fixed, are well qualified and are not being quoted at least 2.44%, your bank specialist or broker best be ‘splainin themselves.

As for shorter fixed terms (1- to 2-years), the bargains are still at 2% or less. That’s allowed variable rates to catch up a bit. The cheapest floaters are now prime – 0.77 (for insured loans) and prime – 0.74% (conventionally)—but the lowest rates usually have strings attached so read the “Rate Notes.”

The U.S. Federal Reserve met this week and kept their paws off rates. They’re visibly unwilling to chance further rate hikes near-term, although you’d have to beat that admission out of them. As it stands, they’re still calling for two more hikes this year. It’s tough to say if they’re drinking delusion juice or not, but the majority of traders think they are. Based on CME data, the market is betting on zero Fed hikes this year (or one at the most).

Negative bond yields, that is.

This week we saw what would have been unfathomable five years ago: a 30-year bond with a yield under zero. That distinction belonged to Switzerland on Thursday, but it has very real implications for Canada.

With people essentially paying Switzerland to hold their money for 30 long years, the world is on notice that negative rates may become entrenched. That makes Canada’s higher-yielding AAA bonds (e.g., the 5-year) look all the more tasty to investors. Their bond buying is helping keep a lid on mortgage rates.

The Older We Get the Lower Rates Get

This paper has some eye-opening data-backed conclusions about how an aging population is driving down interest rates. The author is the Fraser Institute’s Michael A. Walker.

His general idea is, low interest rates beget low interest rates. That’s true, says Walker, because in our aging population, savers are outnumbering borrowers. Lower rates make those savers compete harder for income-producing assets, which in turn drives rates even lower. It’s a cycle that could persist for years and the Bank of Canada is somewhat impotent to stop it, he argues.

As if the world needed one more cause of low rates…