Next Rate Move. Up? 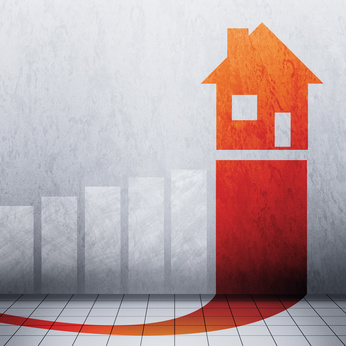 Almost every public statement the Bank of Canada makes is scripted.

Case in point was the speech today from the Bank of Canada’s Senior Deputy Governor in Winnipeg. She came with prepared remarks that were broadcast all over the Internet. Her (and the BoC’s) mission is clearly to get people thinking about rate hikes—more specifically, that rates will rise before they fall.

“As growth continues and, ideally, broadens further, [the Bank of Canada] will be assessing whether all of the considerable monetary policy stimulus presently in place is still required…“

That’s far more hawkish than the BoC’s widely reported statement in January, which was:

“Yes, a rate cut remains on the table…“

Before we start the debate about locking in mortgages, some perspective is in order:

Either way, bond traders didn’t like what they heard from the BoC today. They dumped 5-year bonds like last week’s garbage. That drove up bond yields 11 bps, the most in almost two years. As regular readers know, bond yields move inversely with bond prices, and are a key driver of fixed mortgage rates. 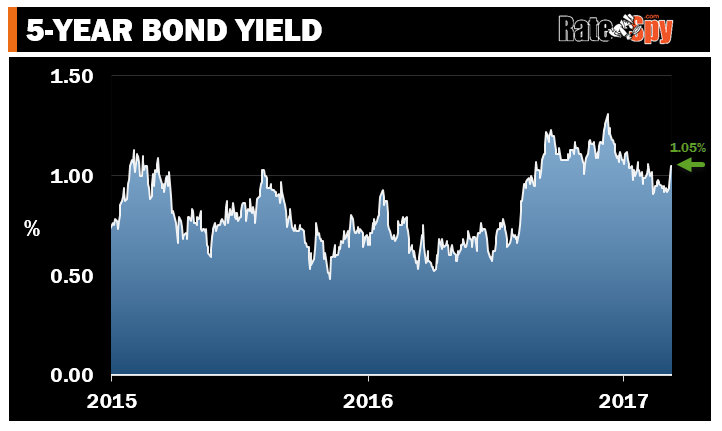 That’s a big sudden sentiment shift and it could potentially trigger a mini uptrend in fixed mortgage rates. Potentially.

On the variable side, prime rate is cemented at 2.70% and should remain so until the Bank of Canada’s next rate move. It hasn’t hiked rates in seven years and nobody expects it to near-term, certainly not at its next meeting on July 12.

The takeaway: While the BoC has started telegraphing its rate-tightening bias, it’ll take further robust economic numbers before rate hikes are imminent. We’ll let you know if that happens.