Not One and Done

The kingpin of Canadian interest rates has officially made it more expensive to borrow — for the first time since 2010.

By boosting its overnight rate target 1/4%-point this morning, the Bank of Canada is jacking up interest costs roughly $245 a year for every $100,000 of variable-rate mortgage.

And rest assured (or unassured), that rate hikes are like roaches. Where there’s one, there’s more. The Bank of Canada has proven that time and time again.

Since 1994, the BoC has never hiked just once. (1994 is when the BoC shifted from the Bank Rate to its current overnight target rate as its monetary policy instrument.) Hence, borrowers should not expect today’s 1/4-point rate bump to be the last.

Here are the monetary policy-tightening  cycles over the past 23 years and the amounts rates rose in each cycle. 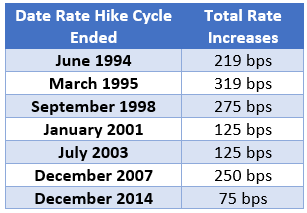 In this time period the magnitude of rate-hike cycles ranged from 75 bps to 319 bps, with the average being 198 bps (almost two percentage points).

While anything’s possible, there’s no reason to think we’re in a “one-and-done” scenario this time around either. 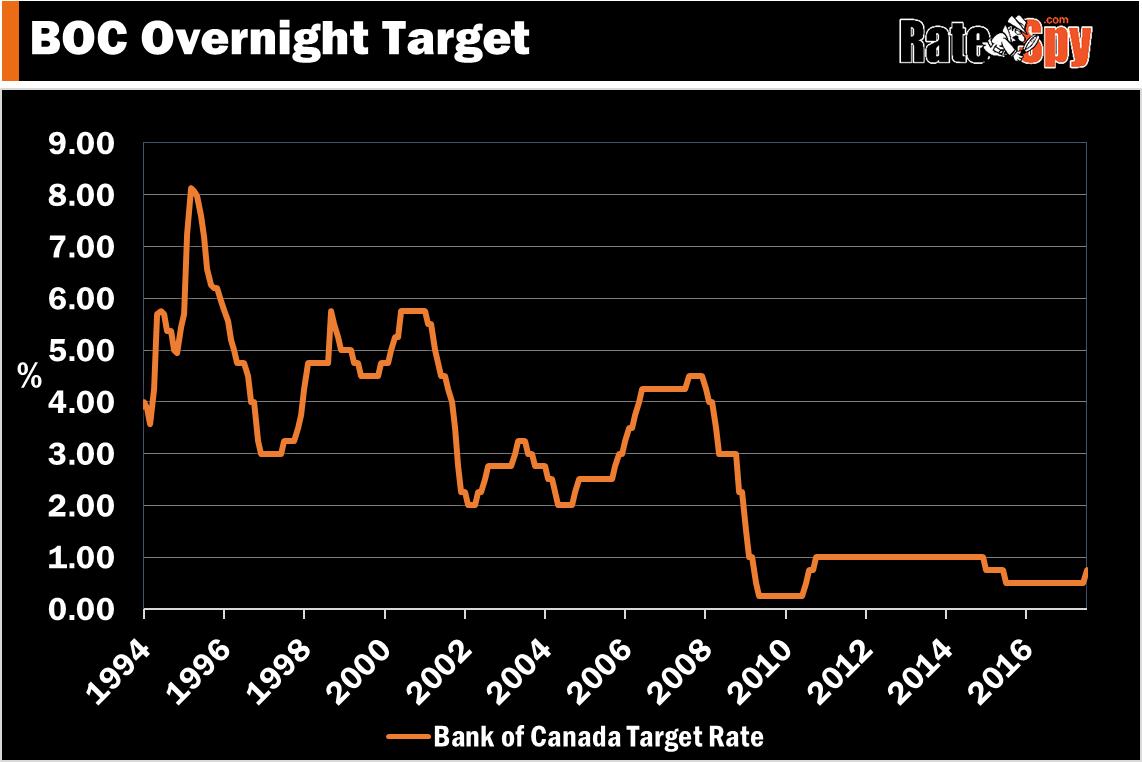 With core inflation trending down, don’t expect a slew of rate hikes one after the other. The BoC will likely fire another shot after this—to “take back” the remaining 50 bps it cut in 2015. Thereafter, it could raise at least once or twice more if the economy keeps picking up steam.

After 50 to 100 bps of tightening, it may just wait for the smoke to clear before pulling the trigger again, say many analysts. That could potentially be it for a while. As history has shown, rates can go sideways for years. Despite people’s worries, 200 to 300 bps higher rates are unsustainable in a low-inflation over-leveraged country like ours.

One wildcard is oil, however. It’s been quite correlated with Canadian rates at times. If you see this chart plunge below $40, bets may come off for multiple rate hikes. Despite the BoC saying “the adjustment to lower oil prices is largely complete,” if oil plunges again, it won’t be. 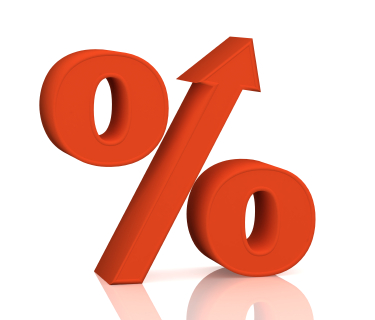 Now the clock starts ticking on what Big Banks will do with prime rate.

Will they hike prime 1/4 point with the Bank of Canada or increase the same amount they dropped last time (15 basis points)? Bankers we talk to off record say it’s almost certainly the former.

At anything above 2.30%, risk-tolerant borrowers will want to consider short-term fixed rates closer to 2% instead. If you can find one, paying more for a 5-year variable rate is almost a complete waste of money.

If worrying about interest costs isn’t your cup of tea, try a 4- or 5-year fixed on for size if you can find one at 2.49% or less.

To Lock or Not to Lock

The answer to whether you should lock in is the same as it always has been: It depends. Here’s a list of considerations to help you make the call:  Should I Lock In?

As a rough rule of thumb, the Bank of Canada would need to make two more 25 bps hikes, in order for a 2.49% fixed rate to beat a prime – 0.70% variable rate in the next five years. That’s based on interest cost alone and a 25-year amortization. Any good broker or bank rep can run scenarios like this (if they can’t or won’t, find another one…or use the Spy’s rate scenario calculator to run your own scenarios).

One good thing about rising rates is that it lowers fixed-rate mortgage penalties. If rates jump and you face just a three-month interest penalty instead of an IRD penalty, it gives you plenty more options to shop around and refinance.