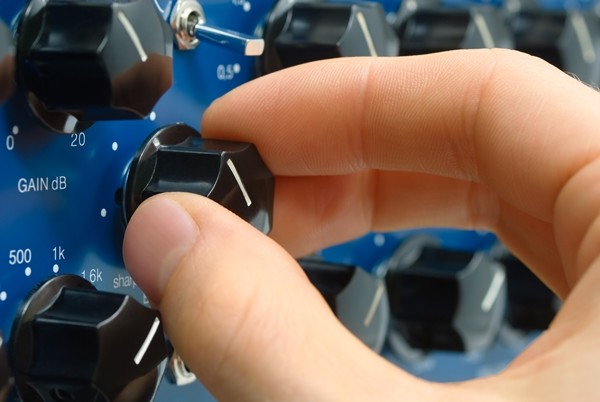 In a speech last week, Canada’s banking regulator brushed off the “unintended consequences” of its controversial mortgage stress test with one sententious comment:

She could not have been more right.

Mind you, many later contended that the prior rules were adequate and didn’t necessitate changing, but we won’t get into that here.

The focus here is the other part of Ms. Rogers’ statement—that the answer “cannot be more consumer debt.” Unfortunately, that ideal doesn’t correspond to what her office actually did.

Let’s dive into that point. Then we’ll discuss what can be done about it. 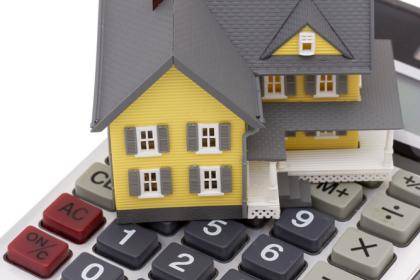 The federal government can’t be faulted for wanting to slow homebuyer debt accumulation. The last 20 years saw a 70% surge in Canada’s debt-to-income ratio, which was mostly mortgage driven.

Some analysts have argued that the solution to Canada’s burgeoning mortgage balances and high home prices are…high prices — that price growth would slow once the market ran out of qualified buyers and as more supply came online.

But if that didn’t work, limiting buying power was the next quickest solution.

Making buyers prove they can afford 200-bps higher rates may seem extreme to some (for what it’s worth, our recent totally unscientific Twitter poll found a majority support a lower stress test rate). Nonetheless, a more conservative stress test is not irrational in this day and age, not for those with a minimal financial buffer who are adding to their debt load.

Someone with less than 20% equity, for example, could easily find themselves underwater on their mortgage (i.e., owe more than the home is worth) if home prices dove. And dive they eventually will, for some period of time…someday.

But even if prices theoretically never fell, a purchaser putting down less than 10% could find themselves with insufficient equity to refinance after five years.

Refinancing is a vital relief valve. Among other things, it lets families extend their amortization to create more manageable payments when mortgage rates surge.

Most low-equity (“high-ratio”) homebuyers cannot refinance after their first term, however. A 200-bps stress test is therefore in the ballpark of sensibility for high-ratio borrowers.

A robust stress test is also reasonable for non-prime borrowers taking on more debt with a regulated deposit-taking institution. These are typically less credit-worthy folks who get 1- or 2-year mortgage terms and are most susceptible to rising rates.

For prime homebuyers with 20% equity or more, it’s a different story. They enjoy more of the “safety buffer” that Ms. Rogers referred to. Prices could drop 10% and they’d still be able to re-amortize after five years to lower their payments in a rising rate environment.

Knowing that prices could drop more than 10%, however, a prudent stress test is still imperative. While a 200-bps higher qualifying rate may be overkill (given a conventional borrower’s ability to refinance, given rising incomes, and given that Canada’s controlled inflation environment and consumer leverage suppress interest rates) a minimum 100-150 bps stress test is sensible for most low-ratio homebuyers.

Thus far, this discussion has revolved around homebuyers. Ensuring they can afford a higher rate is sound policy because most of the time they’re taking on additional debt. Additional debt means additional risk for banks, which OSFI regulates.

On the other hand, when it comes to existing mortgagors with ample equity who are reducing their debt obligations, a 200-bps stress test actually defeats the government’s goal of de-risking federally regulated lenders.

By making it harder to qualify, OSFI has created an estimated 500,000 to 600,000+ mortgage prisoners (Canada has about 6 million households with mortgages). These are people who qualify for a prime mortgage in every way, shape or form, save for meeting the new stress test hurdle. Yet, they are handcuffed to their existing lender (in order to avoid costly non-prime financing) due squarely to the 2018 stress test.

For borrowers renewing, there’s no valid justification for keeping them tied to one lender solely because their debt ratio passed the prior test but not the arbitrarily higher new test. That logic is outlined here, so we won’t rehash it.

As for refinancers with an equity safety buffer, if new financing helps them reduce their debt burden and meet their payment obligations, that can only be a net positive for banks (and the economy as a whole).

And it’s worth repeating, this recommendation does not apply to non-prime borrowers or those with layered risk — e.g., a low credit score plus unstable income and employment plus insufficient equity, etc. This B-20 improvement would apply only to borrowers who would have qualified for a conventional mortgage pre-2018. For most of those families, it’s more beneficial to the financial system not to hinder them from lowering their total payments and debt, which is the biggest benefit of refinancing.

OSFI is fixated on ensuring that anyone who gets a new prime mortgage have a “buffer.” It maintains, for example, that its new stress test creates more breathing room if a borrower loses his/her job. 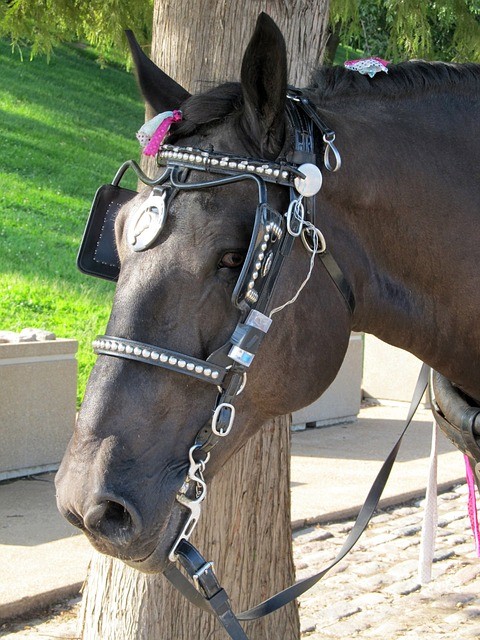 But if your income drops below your expenses and you have no other way to generate liquidity, it doesn’t matter if you passed the stress test or not. You’re ultimately not going to pay your mortgage.

Policy needs to address actual borrower circumstances. What does that mean? It means otherwise qualified borrowers with above-average debt must be given the chance to right their ship in a cost-effective manner. They’re going to do it anyway. Government can either make it hard on them (economically inefficient) or easier (economically efficient).

If folks need to restructure debt and the only thing keeping them from doing it is that they can only qualify based on the 5-year fixed rate (as opposed to an artificial rate that’s 200 bps higher), then giving them one chance (one stress test exception) could save a family from being on the street, could save a senior citizen’s retirement and could save a bank from losses.

The key phrase is “one chance.” Allowing borrowers multiple un-stress-tested refis increases the probability of chronic over-indebtedness—and that potentially does lift systemwide risk. Without one opportunity, however, the alternatives available to a non-OSFI-compliant borrower are adverse.

Of course, a stricter stress test does reduce the percentage of high-debt ratio borrowers at banks. But these people don’t magically disappear. They remain in the financial system. By not being able to economically refinance to lower their debt, stranded borrowers may:

OSFI’s mandate is to uphold confidence in Canada’s financial system. If shutting the relief valve for refinancers raises aggregate defaults and/or causes a flood of new listings during a housing or employment shock, it will have failed its mandate. Eliminating high-TDS prime refinancing may very well be a pyrrhic victory for banks and regulators—particularly in times of economic crisis.

Incidentally, some critics prefer to blame the borrowers who rack up the debt, maintaining that it’s not OSFI’s job to help them out. But that’s not thinking enough steps ahead. The #1 reason people refinance is to consolidate debt. Hundreds of thousands of Canadians depend on it. Most are homeowners who did not rack up debt frivolously (i.e., they did so out of adversity or necessity: divorce, income loss, illness, death of a spouse, educational need, a failed business and so on).

For vulnerable borrowers with literally no better options but to use high-cost/high-risk lenders, OSFI’s advice to mortgage advisors seems a bit cold. “Steer them away,” Rogers suggests, punting the problem while offering no solutions.

“…The job of a regulator is preparing for a downturn,” Ms. Rogers explained. “…One of the qualities that make a good regulator is pessimism.”

Another good quality is realism.

The B-20 stress test, as designed, is sub-optimal in some rather glaring ways. Policy-makers need to take an honest look at how to improve it, for borrowers’ sake, for banks’ sake and, most importantly (due to the economic multiplier effects), for the economy’s sake.

For borrowers who document their ability to pay at current 5-year fixed rates, have enough equity to refinance in five years (in a worst case), meet all other OSFI requirements and are reducing their debt burden, imposing a 200-bps stress test adds to banking risk. It doesn’t mitigate it.

OSFI’s B-20 dragnet caught a lot of overextended homebuyers and that’s generally a good thing. But it’s also blocking families from relieving their debt burdens—and that absolutely will have consequences.

As an unprecedented move, there is no historical data to suggest that an extreme 200-bps rate constraint on refinancers and renewers is economically sound. What research does tell us is that underwriting shocks (sudden and significant new underwriting restrictions) and higher interest rates hurt GDP, and the stress test effectively boosts interest rates by a whopping two percentage points (which, if you apply the Bank of Canada’s rule of thumb, is roughly equivalent to 3+ percentage points given today’s debt levels).

The onus is now clearly on regulators and the Finance Minister to study B-20’s “unintended consequences,” update their findings publicly and be transparent about it (not just pay lip service in a press release or a partisan finance committee). The net worth of every homeowner reading this indirectly hinges on it.

Sidebar: OSFI reports to Parliament through the Minister of Finance. If you agree with the above assessment and want to do something about it, message your MP and tell him/her to fight to reduce refinance and renewal obstacles for Canadians who are not increasing their debt and not adding more risk to the financial system.

Related: OSFI’s Stress Test – How We Got Here – Part I