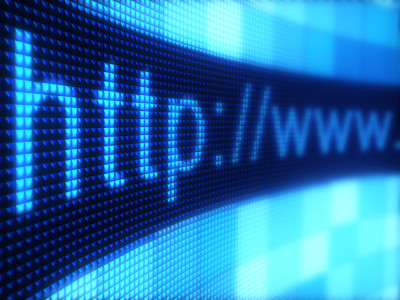 Hopefully people don’t believe everything they read, especially when they read stories like this:

“Instant mortgages are coming soon – what could go wrong?“

We’ve been meaning to comment on this piece of imaginative writing for a few months now, but real news got in the way.

The article, originally published in October—from a respected journalist no less—is heavy on fallacy but light on fact. It starts with a nonsensical implied parallel between CountryWide Mortgage (the reckless, fraud-laden and failed U.S. lender) and conservative highly regulated Canadian mortgage lenders.

Astute readers will notice that the story’s author provides no evidence to support that comparison (because none exists). So, we’ll overlook that part and focus on the points she does try to hash out, including these…

What isn’t risky, to some degree? Walking across the street is risky. But if folks don’t put risk in perspective we’d never step off the sidewalk.

In a comprehensive research report published last year, The New York Federal Reserve reviewed a variety of online mortgage lenders. They included big well-known names like Quicken Loans and small ones too, like Better Mortgage. We won’t bore you with the analysis, but suffice it to say the Fed concluded: “We find no evidence that FinTech lending is more risky.”

The central bank explained: “..Default rates on FinTech mortgages are about 25% lower than..traditional lenders even when controlling for detailed loan characteristics. These results speak against a ‘lax screening’ hypothesis…” In other words, there’s no evidence that online mortgage lenders take underwriting shortcuts. Quite the opposite.

This claim is again counter to the NY Federal Reserve’s findings. For one thing, “Faster processing times…do not result in riskier loans,” its researchers concluded.

In Canada, online advances are about to spawn a new age of electronic income verification, some of it directly tied into the federal government. CRA is working on digital income verification as we speak. Within a few years or less, lenders will connect directly to Canada’s #1 source of income proof. There will be no way to game the system as a borrower, unless you lie about your income to CRA, and that’s not the lender’s fault.

And then there’s direct bank account validation. Within a year or two, almost every major lender will be able to confirm your bank account transactions in seconds online, thanks in some cases to data connectors like Flinks. That will make it orders of magnitude more difficult to fudge things like your source of down payment. Lenders will also cross reference your bank deposits to further establish your true income.

The author of the story in question also suggests that hacks of Canada’s #1 credit bureau, Equifax, should give borrowers “pause.” The reality is, if Equifax can get hacked, anyone can get hacked. That includes RBC, BMO, TD, CIBC, Scotia or any other lender, large or small. Just look at this data breach affecting large U.S. banks.

Anytime you transact online, you take a tiny risk. For that matter, even driving to a bank branch entails risk. But this was the case even before the e-lending movement. Banks have stored sensitive personal documents in web-accessible databases for years.

Despite data breaches being scary stuff, when dealing with reputable financial service providers we must believe they’re honouring their legal obligations to protect user’s data. The sheer time and monetary savings of digital mortgages is worth that leap of faith.

“Banks have a harder time verifying an applicant’s identity [online]…”

Not true. Online mortgage lending is increasingly employing technology like:

Bank account logins (which are nearly impossible to crack).

Lenders will then crosscheck all of that information against other customer-input data like social insurance numbers, postal codes and birth dates. The combination of such methods make for a virtually foolproof online ID validation system. Someone would likely have to be holding a gun to your head if they wanted to apply for a mortgage, in your name, against your will—and close that mortgage. That’s the degree of security applicants can rely on with so-called “instant mortgages.”

Superficial, insufficiently researched editorials are nothing new. We just hate to see them incite fear of online mortgages. Lending technology is advancing at breakneck speed and it’s about to make the lives of every prime borrower less costly, far more convenient and—most importantly—more secure.

Like news like this?
Join our ratespy update list and get the latest news as it happens. Unsubscribe anytime.
Tags: digital mortgages, mortgage trends, rate research