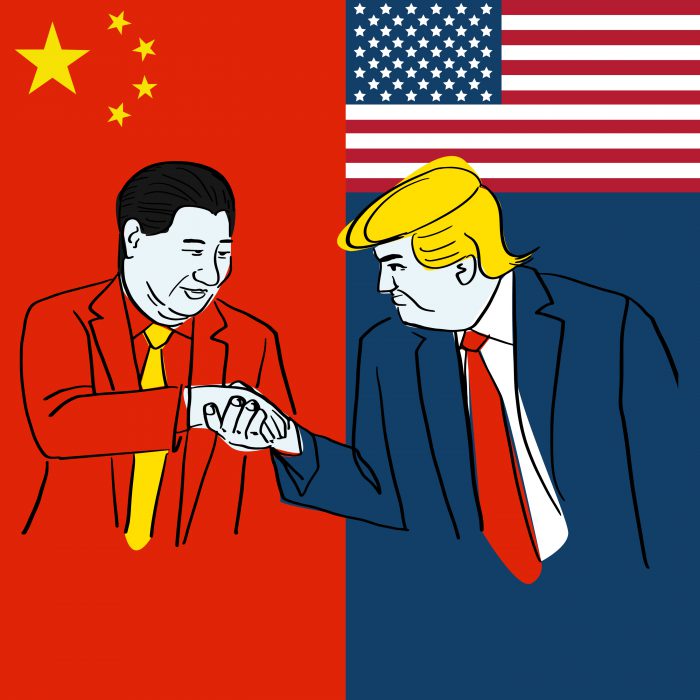 Bond yields erupted Friday for the biggest two-day gain since 2011. Canada’s 5-year yield—which is closely watched for its influence on fixed mortgage rates—closed at its highest point since July.

This comes after the Trumpinator heralded a potential U.S./China trade truce. The trade war, now a year and a half old, has pounded mortgage rates on the assumption that weaker trade would subdue inflation and require rate cuts.

But now, the Agitator-in-Chief has to get a deal done. His re-election depends on it. Optimism about a trade treaty could ultimately re-invigorate corporate spending, boost market sentiment and push up interest rates.

Trump struck a bargain on Chinese agricultural purchases, intellectual property protections and more, but the pact is far from sealed. China hasn’t confirmed some of the concessions Trump boasted of on Friday. It wants more talks this month to cement “phase one” of a deal.

As Capital Economics points out, “…So far, the official line from Beijing has been couched in terms of “progress” rather than an actual “deal.” Hence, bank on more drama to come. 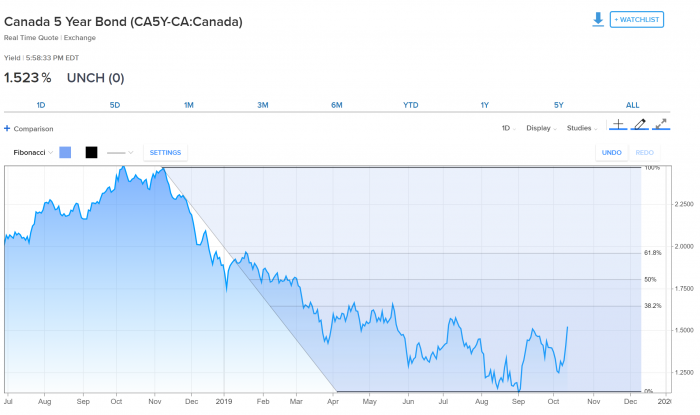 A 50% retracement of this drop is possible given a firm trade deal. Source: CNBC

That kind of move (if it happens) would take average 5-year fixed rates up from 2.74% today back near 3.00%, someplace they haven’t been since May.

What happens after that is anyone’s guess.

As much as timing the rate market is ill-advised, some will see this as a cue to lock in. An AmeriChina trade pact would potentially take Bank of Canada rate cuts off the table through 2020, especially given our run of strong employment lately. Already, probabilities of a rate cut in 2020 have dived, as implied by derivatives prices.

…and the result should be people continuing to lock-in, in droves.

Mind you, betting on rates to break their 2018 highs may be a stretch given:

The takeaway: If you’re mortgage shopping, well-qualified and can find a steal on a 2- or 3-year fixed term, that may be the best of all worlds. The near-term rate protection of a short-term fixed rate, combined with its refinance flexibility and discount versus a variable rate, should keep such terms appealing.