Rates are breaking out. 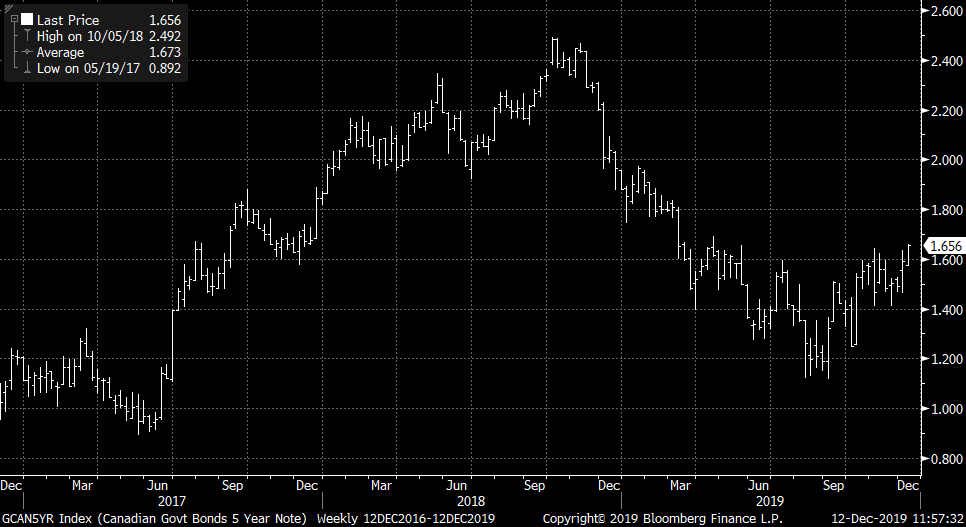 Trendsetter RBC wasted no time this morning. It ran a press release announcing it was boosting 3-, 4- and 5-year fixed rates by 10, 20 and 20 bps, respectively.

RBC doesn’t usually issue press releases when it’s merely updating run-of-the-mill mortgage rates. Clearly, it wanted everyone to know that rates were going up, for a reason—whether that reason is to create urgency to drive business, influence competitors to follow its lead, or something else.

Side note: An RBC spokesperson says today’s increases apply to the bank’s “unadvertised special rates.” She adds, “The rates we are changing were not advertised.” Meanwhile, the last “special offer” rates we saw on RBC’s website suggest these new 3-, 4- and 5-year fixed rates are actually 16 bps lower, 15 bps higher and unchanged, respectively.

Curiously, RBC has pulled all of its “special offers” off its website. Prior to this, it had consistently advertised special offer rates on its site since 2015. The last 5-year special we saw there recently was 3.24%, the same as today’s supposedly “new” rate. 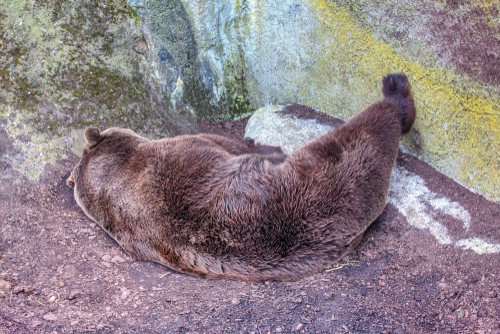 The Fed’s Dead (For at Least a Year?)

The U.S. Federal Reserve “may be going into hibernation for 2020.” That’s Action Economics’ take on yesterday’s unanimous Fed decision to leave its key rate unchanged.

U.S. futures and overnight index swaps (which traders use to bet on rate direction) support the “long pause” thesis. Both markets are implying little change in rates in 2020, according to Bloomberg data. 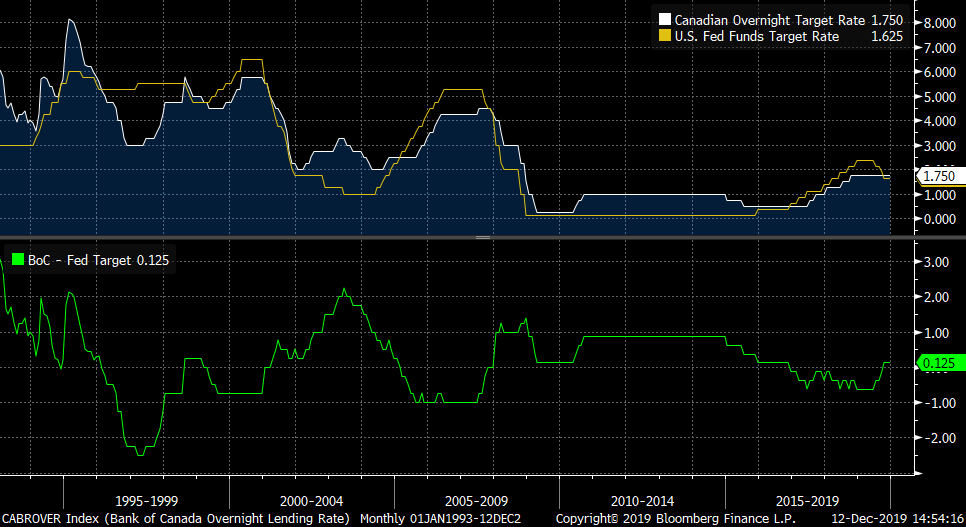 This chart shows Canadian and U.S. policy rates (top pane) and the difference between them (bottom pane).