Rates Rebound, But Lenders Being Aggressive

A new 5-year fixed will cost you more today than it did last month, but not as much as normal.

Canada’s biggest banks have been boosting their advertised mortgage rates following a 1/4-point pop in their funding costs over the last two weeks.

Let’s go to the charts…

The following graph shows what’s been happening. It’s a picture of Canada’s 5-year swap rate, which is a rough proxy for base 5-year fixed funding costs at Canada’s big lenders. 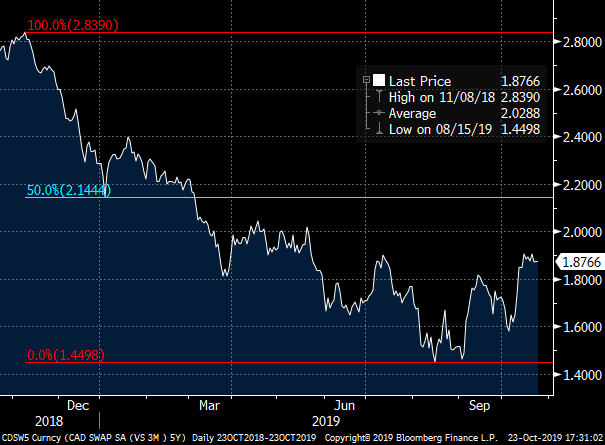 As the chart depicts, rates (funding costs) have come off the bottom significantly since September (up about 40 basis points). That’s thanks partly to trade optimism and strong jobs numbers, among other things.

But that’s not the whole story. Lenders are fighting harder for your business in general, amid what’s been one of the slower prime mortgage markets in years. A good view of that is the following chart, which shows the difference between what lenders are selling discounted mortgages for and what those mortgages actually cost them (excluding personnel, compensation, marketing and misc./overhead costs). 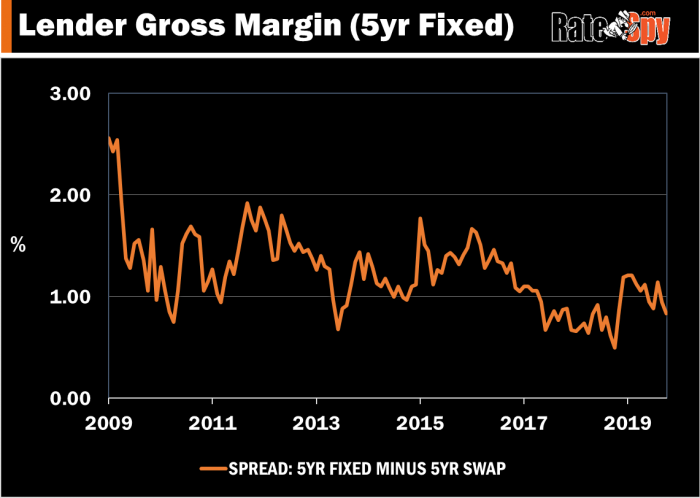 The typical Big-6 Bank, for example, is selling at considerably smaller margins than at the beginning of this year. As we speak, they’re quoting discretionary rates in the 2.84% to 2.94% range for 5-year money.

Another way of looking at it is that you’re saving an additional $1,500+ per $100,000 of mortgage over five years, solely thanks to today’s more competitive discounts.

If you need an insured 5-year fixed, lenders will shave even more off the bone (even major banks), typically knocking another 10+ bps off their best rates.

Demand What You Deserve: A Better Rate 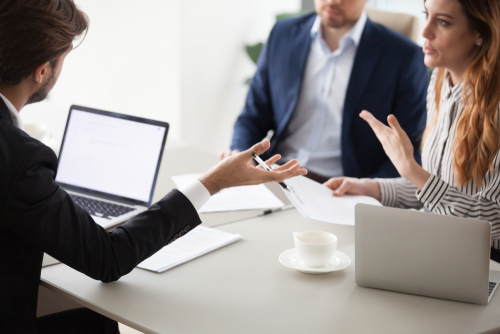 If you absolutely must have a big-bank mortgage, for example, (and don’t mind big bank mortgage penalties) shop the lender’s offer against the rates you see at the Spy.

(Note: Your lender may charge an additional 10 bps on the rate for amortizations over 25 years and/or non-owner-occupied properties, so add that to the rates on RateSpy—if applicable to your mortgage.)

To improve your odds, show your bank how non-competitive they are by printing out RateSpy’s lowest rates for the exact same term and features.

Or, you can take an easier path to saving. Choose the most competitive mortgage provider on the Spy that matches your circumstances and apply with them online. To the extent their offerings match your needs, the most transparent lenders deserve the business. Such a mindset encourages other lenders to put all their cards on the table as well, which will eventually make comparing mortgages easier for everyone.