Some people think we’re in a bond market bubble.

If that’s true, and we’re not declaring it is, the last four days are kinda what you get when a bubble pops.

The last time that happened (June 2013) followed the infamous Taper Tantrum. At the time, yields were surging after the U.S. Federal Reserve announced it was reducing bond purchases. 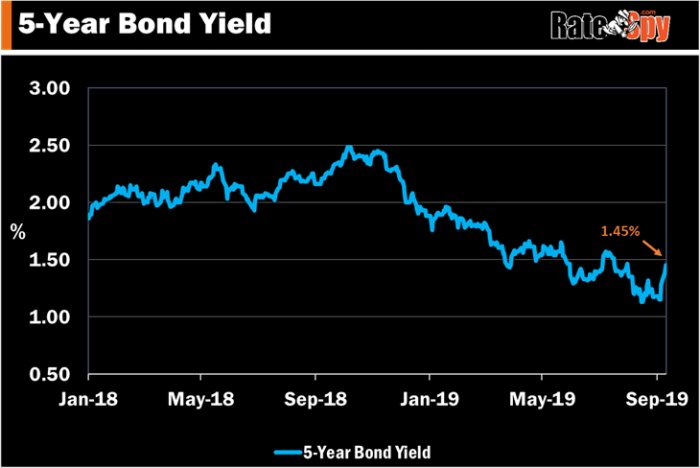 Yields, as most of you know, are a driving factor in 5-year mortgage pricing. When yields surge, the lowest 5-year fixed rates usually react first. For that reason, today’s cheapest rates could move higher on this news, especially “quick close” and “default insured” specials. 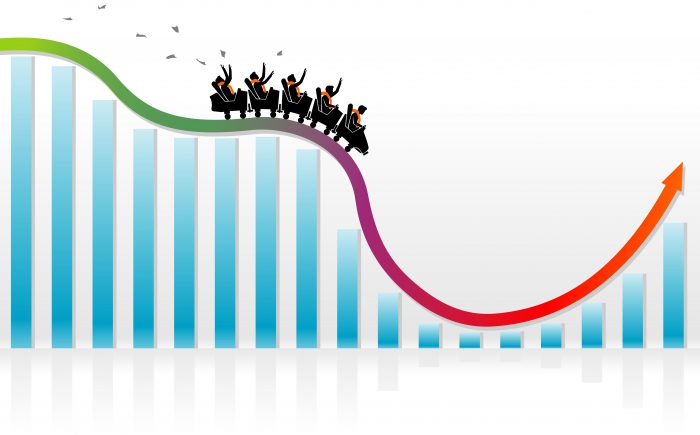 For mortgage shoppers, that means it’s time to apply online, email your broker/banker or pop into a branch (do people still do that?) to get a rate hold. That is, if you’re shopping for a new fixed rate (variable rates will be unaffected for the foreseeable future).

Time is of the essence in cases like these as it often only takes the most competitive lenders a few days to adjust their pricing after yields surge. Banks often take longer, but either way don’t dilly dally.

We’ve seen such stories play out before and it’s highly unlikely yields reverse to new lows quickly. It often takes at least a few quarters to get back to the lows, if that’s in the cards at all in the next 12 months.

Speaking of future rates (which no one really knows anything about), bond traders are all but giving up on rate cuts this year. In fact, market pricing no longer fully reflects a rate cut until October 2020, according to Refinitiv.

We don’t want to suggest you run right out and lock into a 5-year fixed. It’s silly to try and guess which part of the rate roller coaster we’re on right now. But we’d be remiss to not once again point out how cheap 5-year money is, relative to the alternatives.

The best fivers currently range from 2.25% to 2.49%. That’s just a hair above the lowest short-term rates and amply inferior to the market’s unusually noncompetitive variable-rate offers.