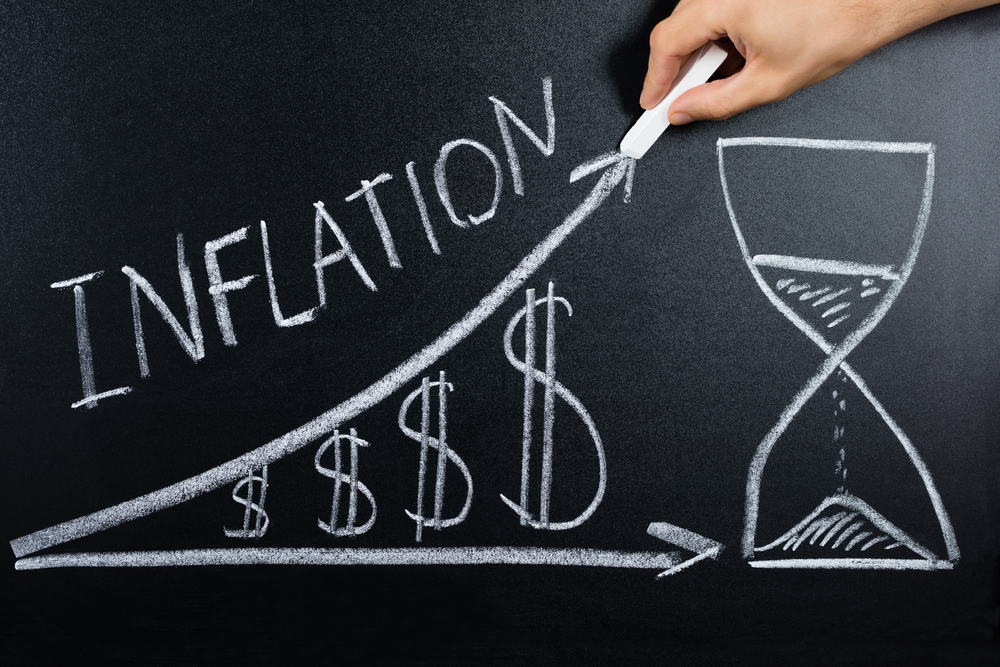 In 18 days the Fed is expected to do what it’s virtually never done: inflate the U.S. economy with a rate cut — despite 50-year lows in unemployment and record highs in stocks.

Some argue the Fed is dangerously veering off its normal course, that Trump’s browbeating of Powell is working.

The risk is clear: more inflation. And inflation is the assassin of low rates. (Rising U.S. inflation is ultimately bullish for Canadian mortgage rates given we’re in bed with each other economically.)

That risk is heightened if a U.S./China trade deal is announced, wage growth breaks long-term highs or other inflationary triggers materialize.

The threat can’t be dismissed, despite worrying recession signals. Core inflation is already rising above the mid-point target, both in Canada and below the 49th.

Mind you, inflation expectations would have to close in on 3%+ for borrowers to feel significant rate pain. And the yanks haven’t averaged 3%+ core inflation in any year since 1995. That’s why the bond market is completely unprepared for such a possibility. Rates would climb a wall at the mere hint of core CPI with a 3-handle. “We should not underestimate the speed with which the market can reprice,” warns Franklin Templeton’s CIO, Sonal Desai.

Note that the chances of a recession next year are one in three, estimates the New York Fed. But that’s still a two in three chance of no recession. 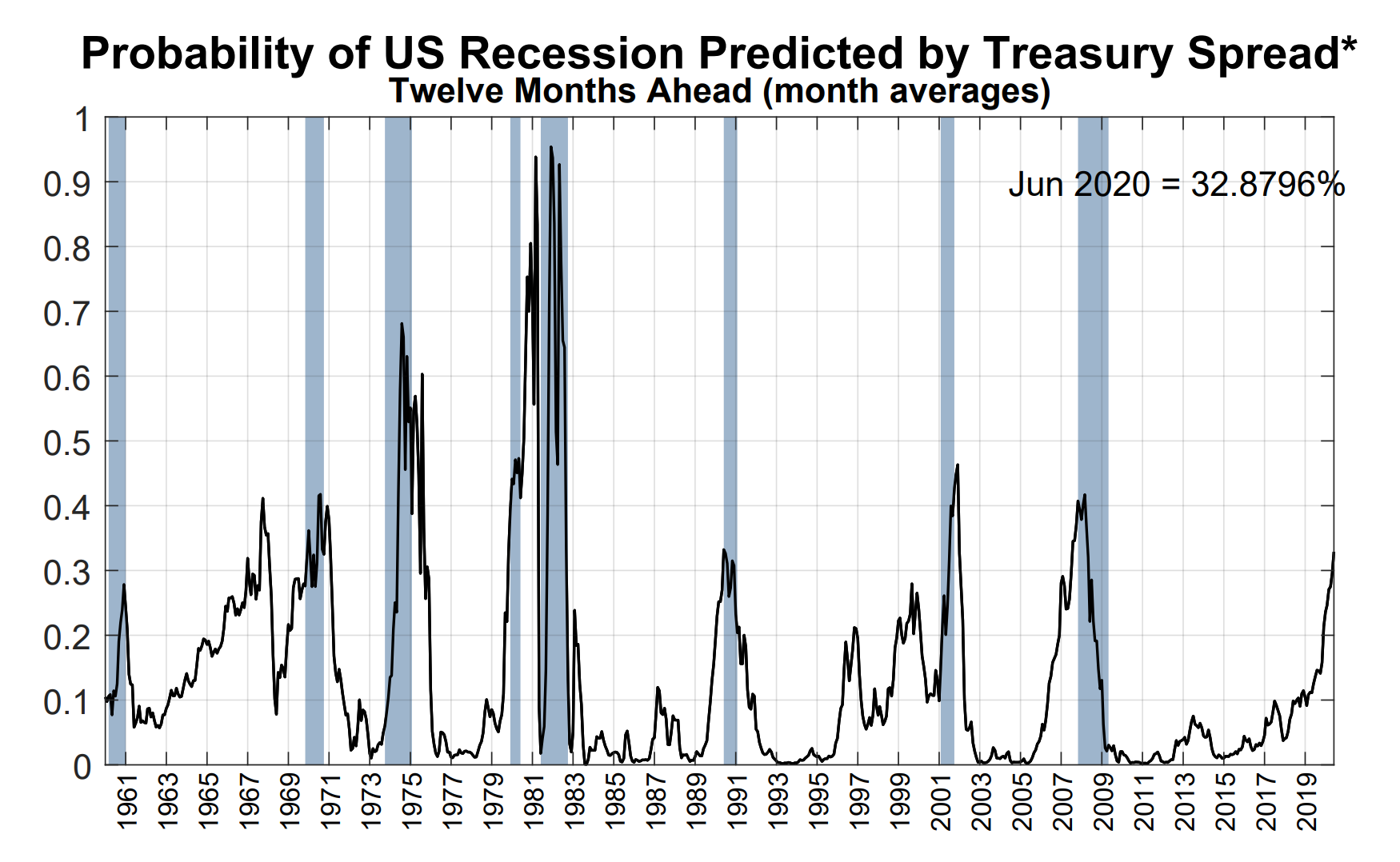 Meanwhile, the Fed chair assures us, the economy is “in a very good place.”

We’re Not at DEFCON 1 Yet 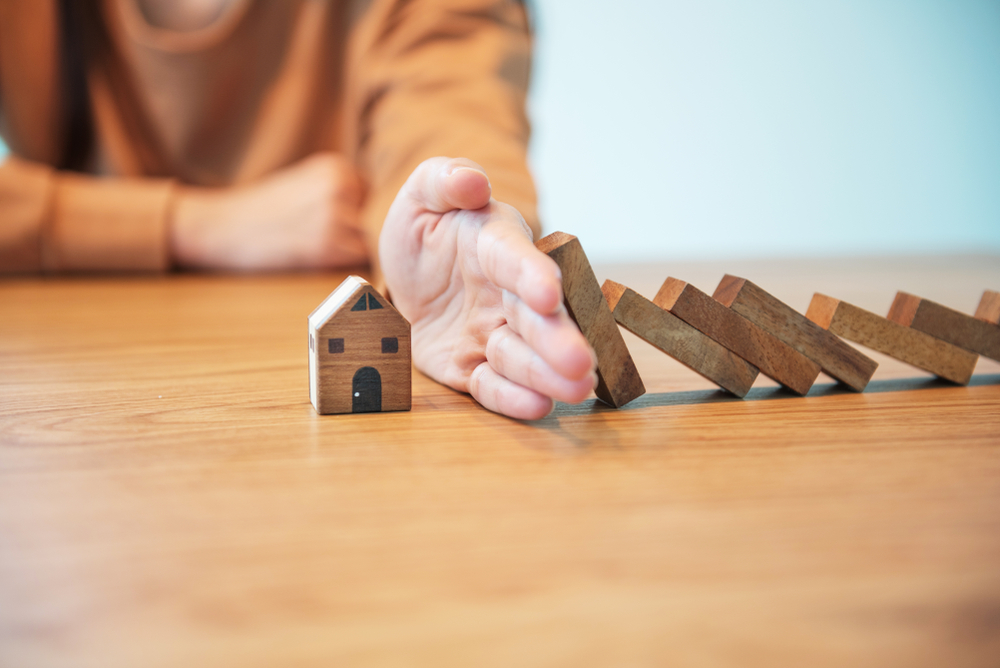 Lord no, inflation’s not even at DEFCON 3 — i.e., it’s not time to panic about surging rates. North America’s economy has lost steam overall, it’s caught in a long-term disinflationary cycle and there are downside risks O’plenty. There’s a reason traders say, “don’t fight the Fed.” Next year rates could be at new lows for all we know.

The message above is merely a reminder that virtually any rate scenario is possible over a five-year span in a random walk economy. It was just seven months ago the Fed was talking about multiple rate hikes this year. And rate cuts are inflationary, despite core CPI’s long-term downtrend.

The answer to uncertainty is always the same: risk management. Today you’ve got fixed rates ~20 bps below variable rates. Which would you pick if the risk of much higher and much lower rates were theoretically equal?

Risk mitigation (locking in) is most appropriate to those mortgagors with low savings rates and minimal liquid assets to fall back on.