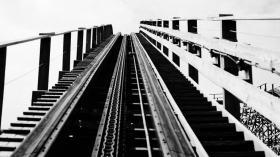 If you’re carrying floating-rate debt, the rate lords at the Bank of Canada have just added to your interest burden.

Here’s what the BoC just did and what it means to your wallet:

The Spy’s Take: Prime rate should rise to a 10-year high by day’s end, up 125 bps in the last 15 months. If you’re riding out an adjustable-rate mortgage, or getting a new one, your payment will jump about $12-13 a month for each $100,000 of mortgage. As of last night, the market was pricing in the next hike by March, followed by another next summer. We might see the next one even sooner, given the Bank just removed the word “gradual” from its rate hike projections.

Bond traders are not betting on rates going stratospheric. If the market’s implied rate forecasts are to be believed, we’re witnessing prime rate climbing a hill, not a mountain. 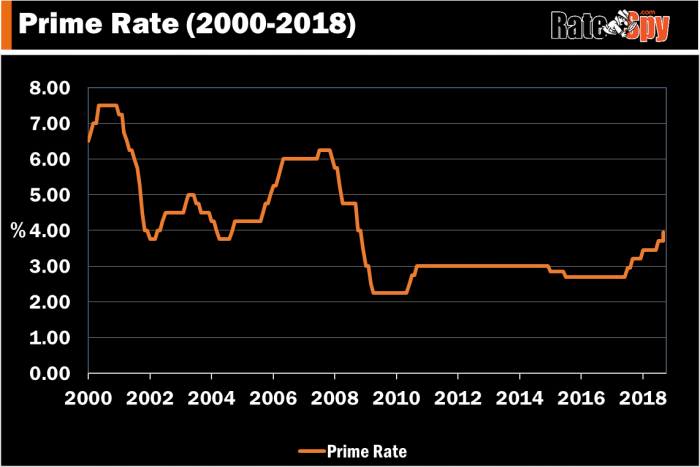 Economic activity is stronger than the BoC envisioned and inflation expectations are rising. That’s largely why traders (and the Bank of Canada) believe rates will keep climbing. 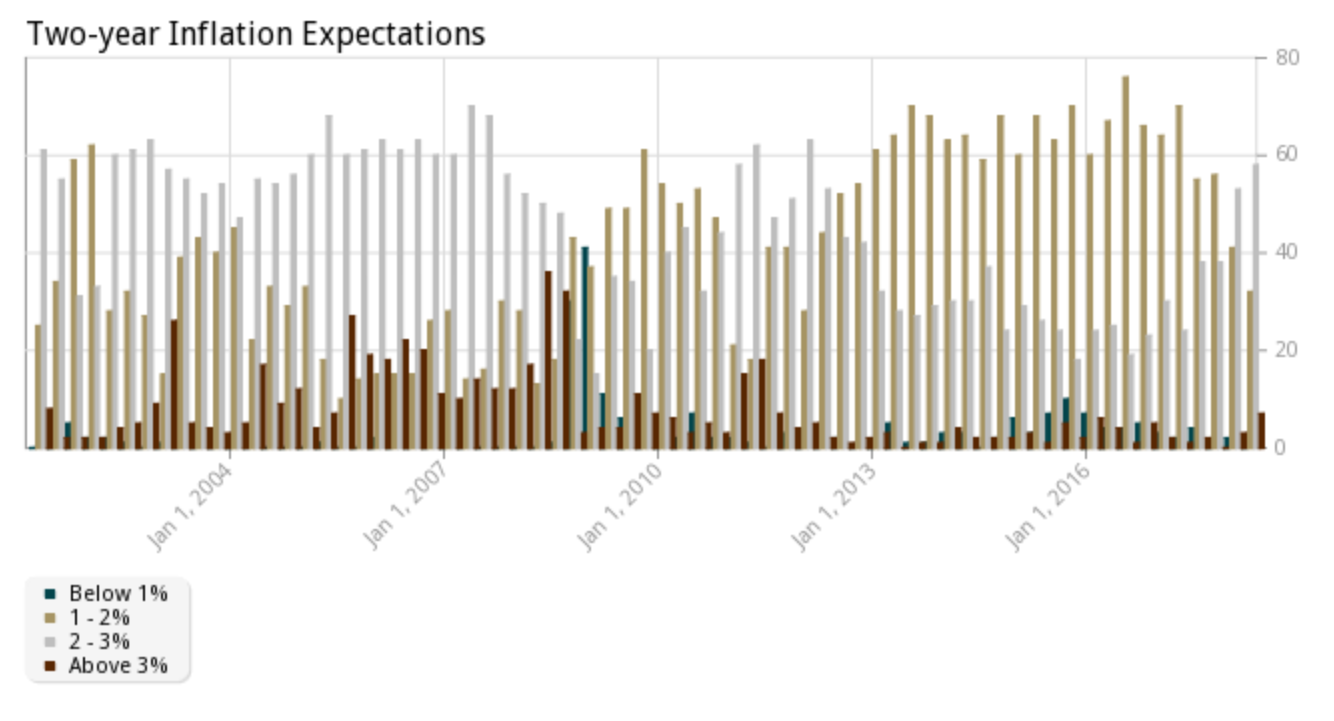 As mentioned, mortgage rates by no means appear to be on a runaway path. Many feel we’re late in the economic cycle. The stock market will validate this if it continues weakening further. It’s important to remember that government bond yields have historically fallen as the stock market falls. That’s another reason to think mortgage rates might potentially start levelling off within 18-24 months.

In the meantime, Canadian rates will continue to key off the U.S., the biggest foreign customer for our goods and services. As you can see from this chart, the U.S. policy rate (Fed Funds Target) always catches up to bond yields. And when it does, it rarely goes much above them. 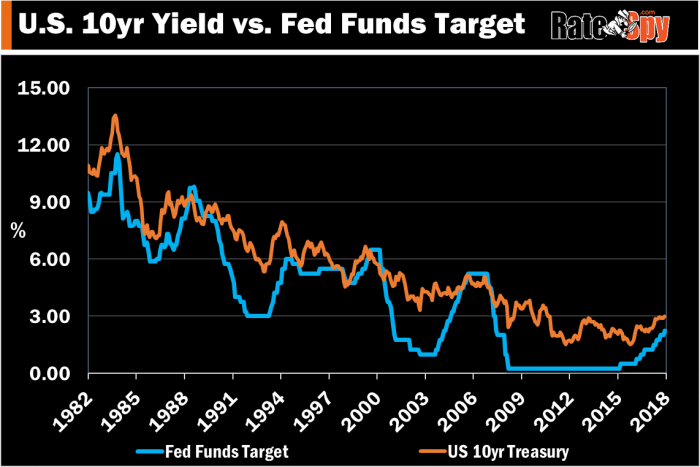 The difference between U.S. bond yields and both the Fed funds rate and the Fed’s estimate of neutral is as little as 100 bps. One percentage point of additional tightening would therefore be a reasonable rough bet for how much higher rates go from here, based on the best available information today.

Of course, rates can and do overshoot such crude estimates. How much more the “robust” (the BoC’s words) U.S. economy grows is a major factor. Trump could stoke it further if he gets another round of tax cuts through Congress, which would clearly be inflationary.

So for now, be safe, not sorry. If you have rate exposure, plan for another 75 to 100 bps of rate tightening in Canada, minimum. If we don’t get it, consider yourself lucky.

Ways to Play a Higher Prime

Spy Tip: In some cases, your lender might discount your penalty and offer you better rates if you tell them you’re leaving. If you like your lender but don’t like their quote, ask their “retention department” to match the rates you see at the Spy. In some cases they might, saving you the effort of switching.