When it comes to the best variable rates, the trend has become our friend. Floating rates continue to creep lower after spiking at the end of 2015.

Much of the improvement is thanks to shrinking credit spreads. In other words, lenders have been paying less to access short-term capital in the financial markets than a few months ago.

Another part of the equation is banks trying to shift borrowers into fixed rates. Per RBC Capital Markets:

“For variable-rate mortgages, pricing is normally set at a discount to the prime rate, which we estimate averages 75 basis points in normal times but can move to more than prime when banks’ wholesale cost of funds are high, as was the case in late 2007 and early 2008, or when banks are trying to influence mix, such as is currently the case with lower than normal discounts as banks are pushing customers into fixed-rate options.”

Barring another credit market hiccup, the best floating rates could continue improving to prime – 0.75% or better by the end of the summer.

Don’t Forget: Click the <Details> button to check the conditions of any rate you see on this site. Some of the lowest rates are for specific mortgage types, like insured only, “quick closes” or no-frills mortgages. 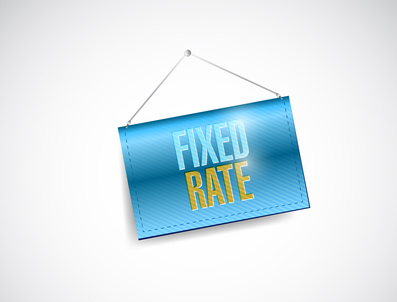 On the fixed-rate side, the lowest 5-year fixed on RateSpy.com is 2.22%, tied with the all-time bottom set in March. That’s for insured deals only, because lenders absolutely L-O-V-E government guaranteed mortgages. They eat ’em up like piranhas on a chicken. (If your mortgage isn’t insured, don’t fret. You’ll pay just 10-15 basis points more.)

If big banks are your thing, BMO has a 2.59% advertised rate for its low-frills product. But that’s just a starting point. If you find a mortgage specialist who’s hungry, you can probably swing that rate on a full-frills mortgage, if not 2.54% or less. That goes for all the Big 6 banks — assuming you’re well qualified and haggle-ready.

The bargain of the week for financially secure borrowers is the two-year fixed, as long as you snag one below 2%. It’s got a better rate than a variable and way more flexibility. Flexibility is frequently downplayed by rate-obsessed borrowers and, if you like paying penalties or getting worse rates on blends and conversions, it should be.

Jargon Buster: “Blends” refers to the blended rate lenders give you when you increase your mortgage before maturity. “Conversions” refers to the practice of locking a variable mortgage into a fixed rate.

The month of April proved that government yields can bounce from today’s levels and barely impact fixed mortgage rates. For you folks who are 5-7 weeks from closing, haven’t applied yet and are wondering if you should risk waiting for a cheaper “30-day quick close” rate, the answer is likely, “yes.” (But speak to your mortgage adviser to confirm.) 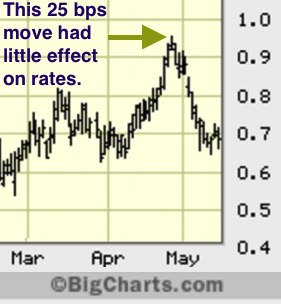 Longer term, disinflationary global forces could continue weighing down rates, despite all the U.S. rate-hike chatter. In fact, check out the yield on the mother of all bonds, the 10-year U.S. Treasury. It’s within spitting distance of its all-time bottom, and Canadian rates won’t escape the gravitational pull if it makes a new low.

Funny enough, the Bank of Canada reminded everyone this week that rates should “normally” be 2.25 to 3.25 percentage points higher. (That story.) But that kind of hike typically requires persistent economic growth over 3% annually. Meanwhile, we’ll be lucky to break 1.50% to 1.75% this year and 2.50% within the next five years. That is, if you believe the likes of the IMF, UN and OECD (their forecasts). In 2015 the Canadian economy grew at a wretched 0.9%.

The moral: rates will go up and rates will go down, but it’s the average rate over your amortization that matters (actually it’s your weighted average that matters, but let’s not get technical). If you can easily handle potential rate hikes, why rush to pay 2.50%? With growth stuck in first gear and no foreseeable spike in inflation, sub-2% fixed and variable rates are worth rolling the dice on.

Quote of the Week