The mortgage market is a bit like Baskin Robbins. The flavour of the month can change.

Take the popularity of variable rates, for example. “The proportion of new mortgages being advanced at variable rates has increased over the past several years and has reached about 32% (in April 2015),” says the Bank of Canada (BoC). Compare that to all outstanding mortgages, in which only one in four are variable.

If the BoC cuts its overnight target rate again, even more borrowers may jump on the variable-rate bandwagon—especially if lenders pass through the full rate cut (i.e., reduce prime rate by the same amount). Our beloved banks failed to do that last time. 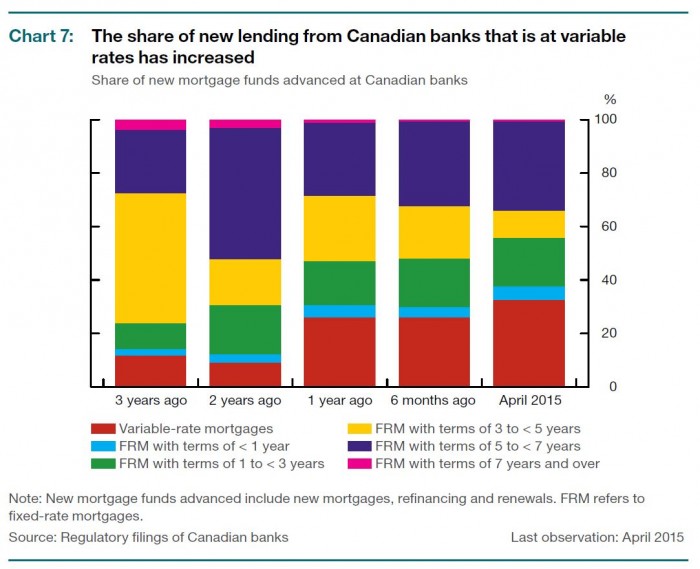 The popularity of a given term depends on how homeowners perceive its value. That hinges, in part, on the expected savings of that term, relative to some benchmark (typically the 5-year fixed rate).

A floating rate would generally be more popular in scenario ‘B,’ since prime rate must rise further before you lose money on the variable mortgage (relative to the fixed rate). But interestingly, scenario ‘A’ is where we’re at today, and variables are still gaining share.

That’s because we’re seeing multiple factors boost the popularity of variable rates at the moment:

Once people believe the U.S. Federal Reserve and/or Bank of Canada are about to hike rates, however, we’ll likely see a rush to lock in. Until then, variables may remain the flavour of the moment.