In the last few weeks, at least a dozen relevant lenders have shrunk their discounts from prime rate—by anywhere from 5 to 20 bps. This includes discretionary mortgage rates at some banks.

Variables have been gaining appeal, in part, because the market is suddenly pricing in just one Bank of Canada rate hike in 2019, followed by flat rates in 2020. Given the 2/3 to 3/4 percentage point edge you get with a variable rate these days, that makes for appealing odds.

If you want to see just how much rate expectations have dropped, look no further than the 5-year bond yield. It fell another 5 bps on Friday and is now just a hair above its one-year low. 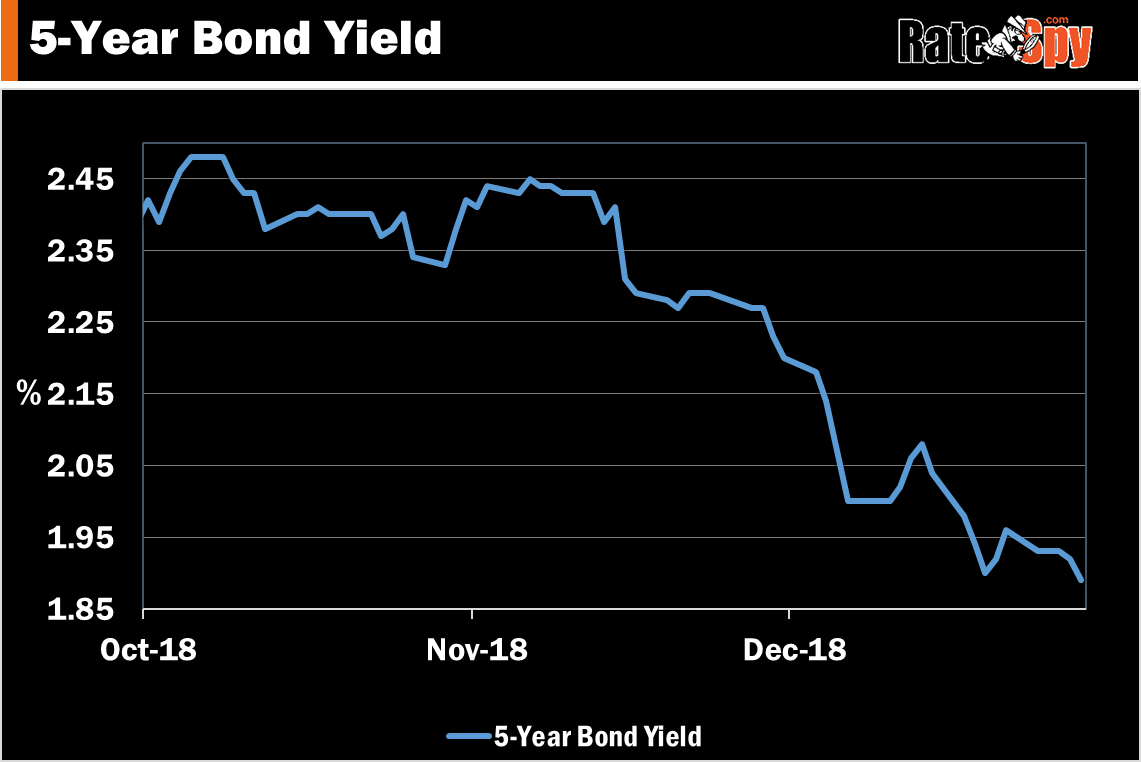 Lenders we chat with attribute rising variable rates largely to higher capital costs (including rising bankers’ acceptance yields). Part of this is due to diminished liquidity, a preference for safer assets and higher deposit costs. On top of this are new capital regulations, which add another cost factor.

When rates drift lower banks make less money, particularly when medium-to-long-term rates (e.g., 5-year yields) are below the inflation rate. In such a case, their margin between interest income and interest expense generally shrinks. Out of nowhere, this now appears to happening in Canada once again.

As a result of all this, banks are demanding wider spreads (fatter profit margins) on variable-rate mortgages. The implication is that floating-rate discounts could dwindle even further from this point. 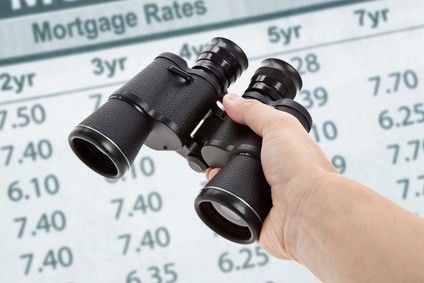 If you’re closing a new mortgage in the next 90-120 days and want the best variable rate, secure your rate now.

At the moment, these are the lowest 5-year variable rates you’ll likely find:

* Effective rate including cash back.

The lowest floating rates are still adjustable rates (i.e., mortgages where the payment moves with prime rate). If you want a fixed-payment variable-rate mortgage, be prepared to pay up at least 15-20 basis points versus the lowest rates in the market.

Don’t be surprised to see the lowest floating rates rise further over the next month or two—particularly if talk of a slowing economy gets louder. We could see such increases even without a Bank of Canada rate hike.

Sidebar: As always, it’s worth noting that floating-rate mortgages are most suited to borrowers with sufficient savings, reasonable debt ratios, stable income/employment and a tolerance for the potential of higher rates.