Waiting for a Rate Drop?

So are a lot of other people.

So far, all we’ve gotten is a dozen large or mid-sized lenders hiking 5-year fixed rates over the past week or so.

Meanwhile, the 5-year swap yield (one of the best leading indicators for fixed mortgage rates) is back down to levels it saw six months ago. 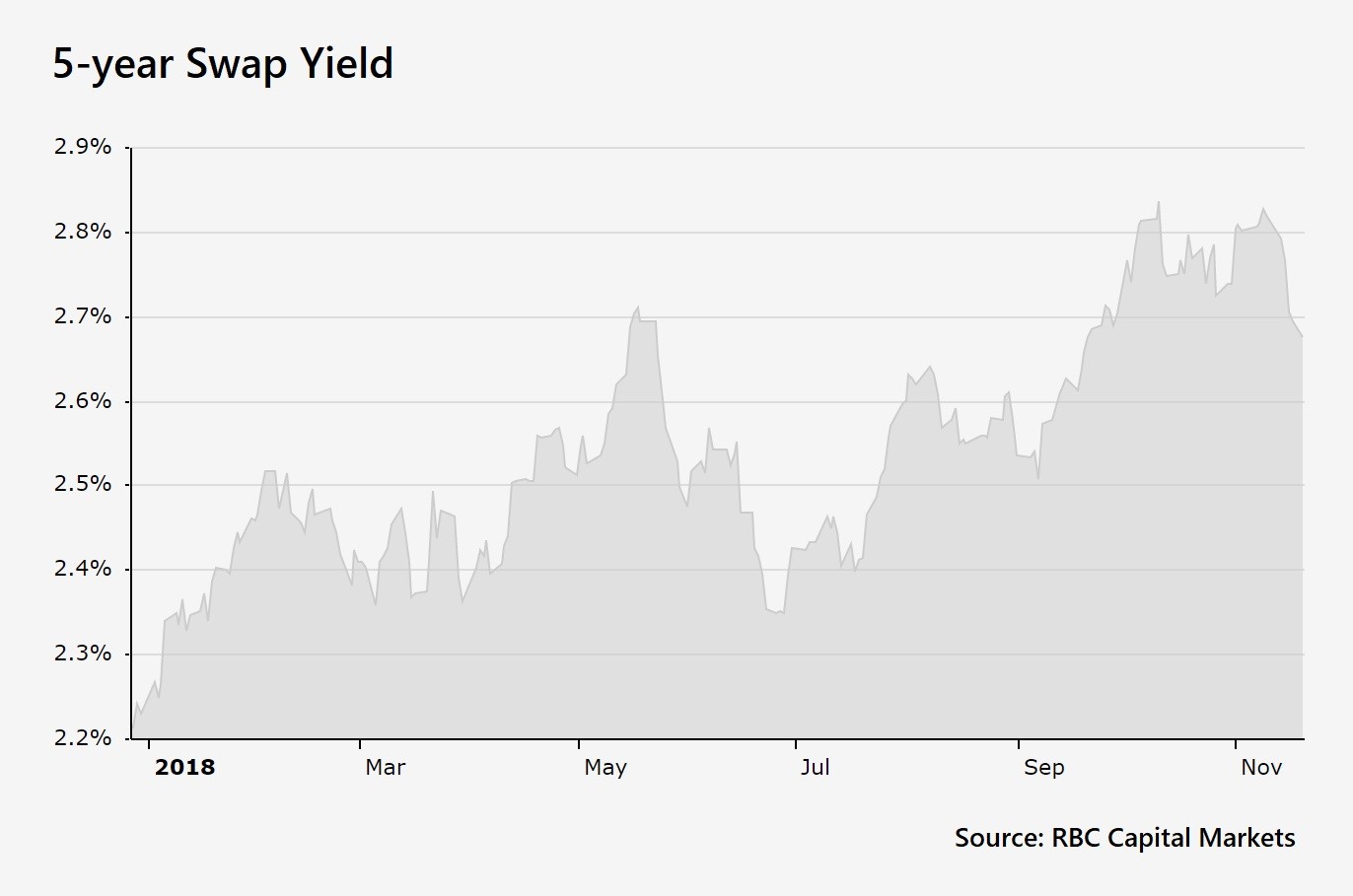 Today we’re at 3.69%, give or take, despite yields having dropped almost 20 basis points in the last 10 days.

No Rush to Discount

Big banks, which directly or indirectly control over $4 out of $5 mortgage dollars in this country, are in no hurry to chop rates and match falling yields. (Falling yields generally lower their funding costs.)

They’ve watched their mortgage growth get pummelled to levels we haven’t seen since last century. They’ve also witnessed a whole new level of competition this year for deposits and mortgages. That’s pressured net interest margins in the worst way.

The biggest problem is that the pool of prime borrowers has shrunk like wool socks in a clothes dryer. That’s mainly courtesy of stricter mortgage rules and higher rates.

These changes have driven competitors to cut insured/insurable mortgage margins to the bone to keep their pipelines full. Banks, which fund many of these competitors, seem to be onto them. What we’re hearing is that banks are being somewhat less generous on fixed-rate mortgage pricing for the non-bank companies they buy mortgages from.

On top of this, banks are also keeping their own discretionary bank rates elevated. Aren’t oligopolies grand?

None of this is astonishing. After all, we are in the first quarter. Q1 is a notoriously weak time for mortgage discounts as the banks keep their powder dry for the active spring mortgage market.

There’s also the never-ending headline-driven worry about the credit cycle deteriorating. If/when that happens, bank losses will tick higher. And banks being the shrewd operators they are often price for such possibilities ahead of time.

Summing it all up, mortgage rates will follow if yields drop further. But don’t expect the juicy fixed-rate discounts we saw earlier in the year—not until the banks recoup some of their spread.