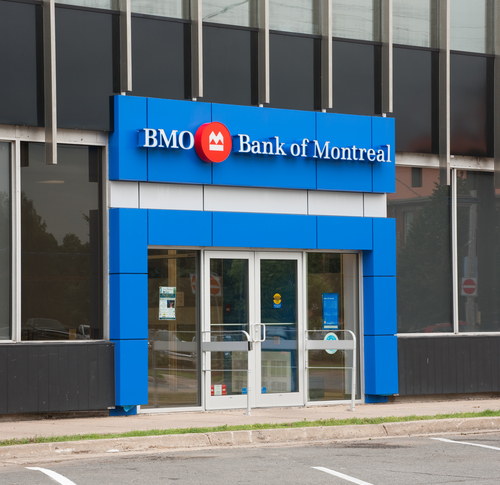 The move comes four long months after the 100+ basis-point collapse in 5-year bond yields. Such a delay in reducing posted rates after large, market-wide rate drops is unusual historically speaking, as we’ve explained previously. See the chart below for more perspective.

BMO’s cut today has implications for the federal government’s mortgage stress test rate. It means that rate will likely stay at 5.19% or lower for quite some time.

That’s because there is now a majority of Big 6 banks at that 5.19% number. This, in turn, lowers the odds that the government’s tie-breaker rules will result in the stress test increasing next month. (The tie-breaker rules are based on Canadian bank assets, which fluctuate month-to-month.) 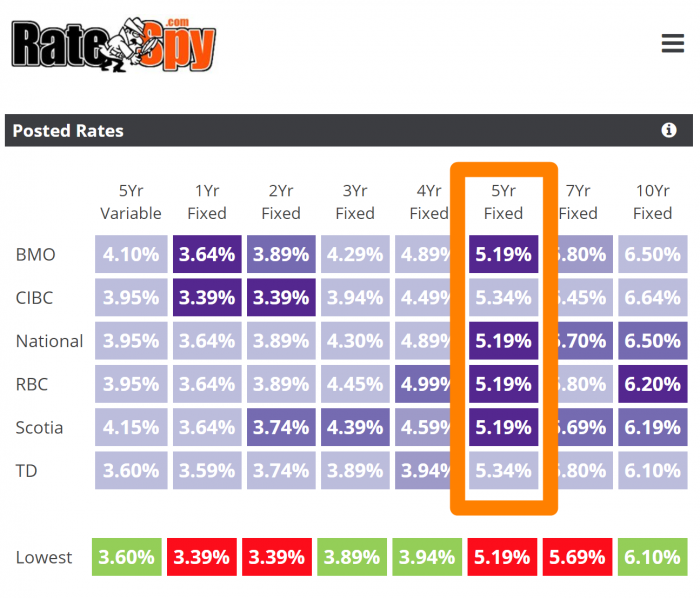 Here’s a chart of how posted 5-year fixed rates have moved with 5-year bond yields over the years (back to the dawn of inflation targeting in 1991). 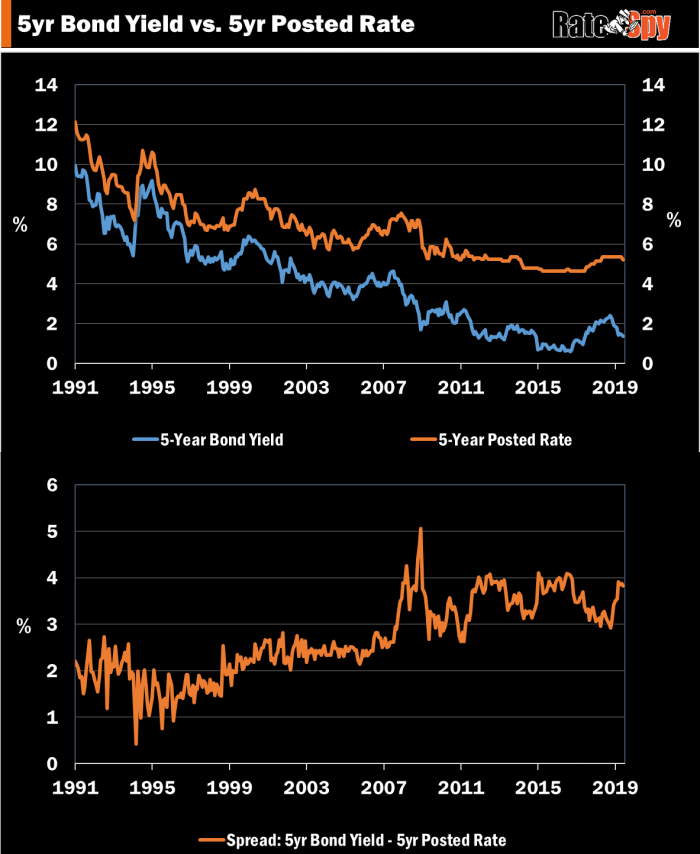 The Big 6 banks have intentionally chosen to widen the spread between posted and discounted rates. Conveniently, this lets them charge bigger prepayment penalties on fixed-rate mortgages.

Thus far, banks have refused to lower their 5-year posted rates below 4.64%. That’s despite down-trending bond yields, which, prior to the Great Recession, would have triggered more aggressive posted rate reductions. 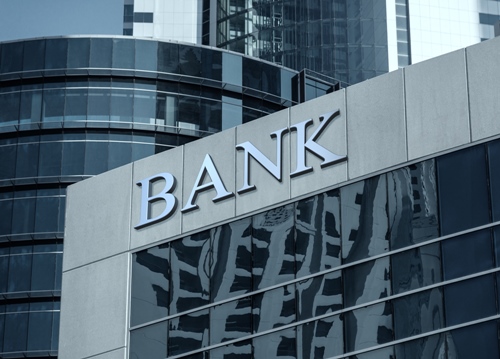 Going forward, the more rates fall and the more intense online mortgage competition gets, the more bank margins will be pressured and the less inclined banks may be to drop their 5-year posted rates.

We believe policy-makers knew this when they established the government’s mortgage stress test. Linking the stress test to a non-objective, non-independent rate almost guarantees them a higher minimum qualifying rate. Tricky, tricky.

Whether inflated qualifying rates are in Canadians’ best interest depends on whether you’re someone who is: