The Bank of Canada May Do You a Favour 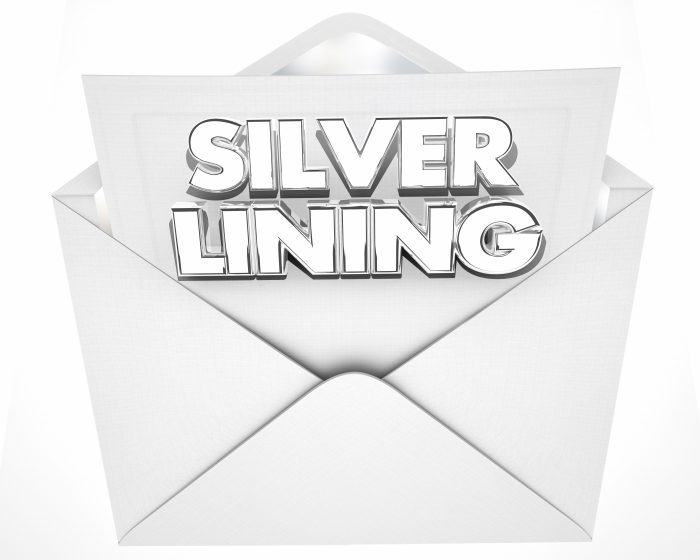 The market is betting on rates heading higher this Wednesday. That’s bad news for mortgage shoppers.

One could argue that a rate hike on July 11 makes the fixed or variable rate decision even easier. Essentially the Bank of Canada is doing mortgage shoppers a favour.

Closer to the Finish

The higher rates go, the nearer we get to the end of the rate hike cycle. The reason being: elevated rates slow inflation, a primary determinant of interest rate levels.

The Bank of Canada’s neutral rate, as estimated by the market, is just one point higher, give or take. That’s the rate where the Bank of Canada doesn’t need to keep tightening to ward off inflation.

Of course, rates can always overshoot the neutral rate. But they don’t stay overextended for long, if history is a guide.

All that is to say, the risk of going variable instead of fixed (i.e., the risk of continued rate hikes) drops the higher prime rate goes.

The Average is a Magnet

Rates have a history of reverting to their long-term mean, partly because all economies are cyclical.

The 5-year bond yield is a good benchmark for rates in general and its 5-year average is a decent proxy for the mean, or long-term trend. Incidentally, five years is roughly how long the average economic expansion lasts.

Now here comes the most important sentence in this story. This spring, the gap between the 5-year yield and its 5-year average was at a 27-year high. Many people don’t realize that.

If you go all the way back to 1991, when the Bank of Canada started inflation targeting, whenever the 5-year yield gets that far above its mean, it’s been an opportune time to go variable. 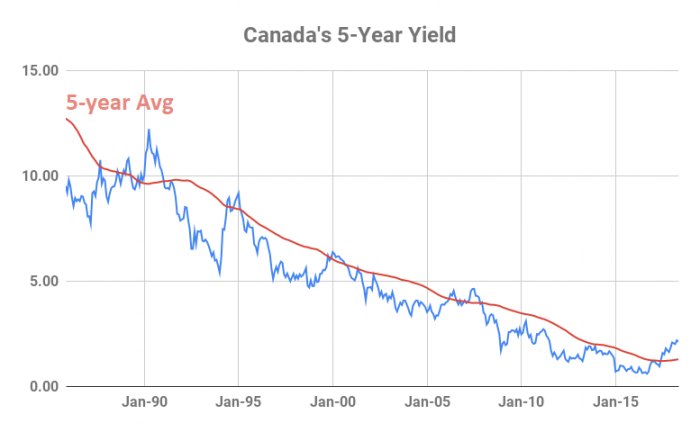 Of course, the sample size of such occurrences is too small to draw reliable conclusions and moving averages are far from foolproof (especially after a long-term downtrend). And there’s always the outside chance that core inflation could unexpectedly run above the Bank of Canada’s 3% tolerance, prompting more rate hikes than expected.

But if you’re playing the odds and leaning variable, there are factors supporting mean reversion:

You don’t need rates to plunge below their mean to win with a variable. You just need them to drift sideways or slightly up, long enough to touch the mean. That allows enough time to pass for a variable rate’s discount (versus a 5-year fixed rate) to work its magic. That’s on top of the potential penalty savings from a variable-rate mortgage if you decide to terminate before maturity.

According to a Reuters poll last week, most economists expect this Wednesday’s hike to be the BoC’s last for 2018. But it’s reasonable to expect more hikes in 2019. Factoring in four more 25 bps increases (one every six months), a prime – 1.00% variable still beats your typical 3.39% five-year fixed. So, for someone who can tolerate the tail risk of runaway inflation, variables are a worthy gamble.